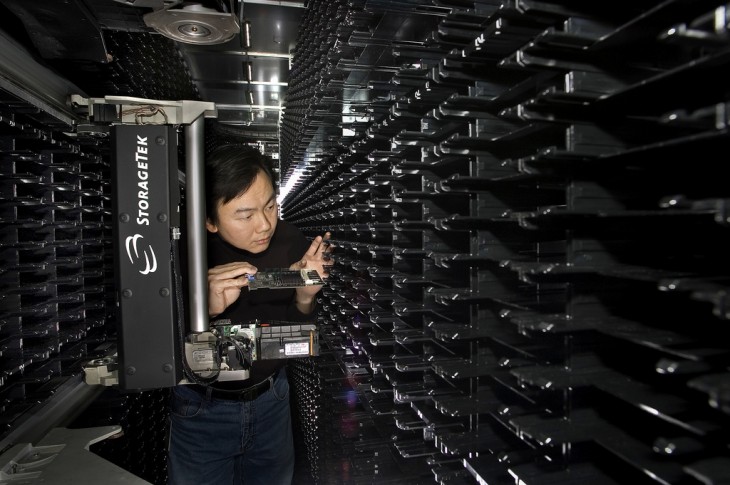 There’s a lot of data that is processed and shared through Google Apps and with millions of businesses worldwide using it to conduct their affairs, there’s quite a bit of risk in letting that information sit there unprotected. But while you might think that because it’s in the cloud and operated by Google your data is safe, you might want to think again. Sure, Google can retrieve it, but can you?

Spanning Cloud Apps, makers of (you guessed it) cloud-based applications, released its latest product, Spanning Backup v4.0. It’s being described as the “most complete cloud-to-cloud Google Apps data protection product on the market.” What it does is similar to what the average consumer would expect from CrashPlan, Carbonite, Mozy, etc. — it backs up and secures your data, specifically for Google Apps.

Targeting the full suite of Google Apps, including Gmail, Google Drive and Docs, Google Calendar, Google Contacts, and Google Sites, Spanning Backup will allow users to download all of their content over to a secure location without needing to worry about any bureaucracy from Google.

What’s new in this update to Spanning Backup is the following:

Charlie Wood, Spanning’s CEO and founder, says that “With Spanning Backup v4.0, Google Apps users and admins can recover deleted or corrupted data more quickly and easily than ever before. Our new tools give admins complete control over their data, so they can make sure their businesses are not only protected from data loss, but also able to bounce back quickly from accidents or disasters…Any data loss incident reduces productivity and could inflict a fatal blow to a business deal, or even an entire business…”

As you might expect, the company’s biggest paying customers are in the enterprise space and it has over 2,000 domain customers paying for service. On the flip side, it has many more free customers, with hundreds of thousands of individuals using the service.

For Spanning Cloud Apps, it felt that there needed to be a solution to help back up files and content. In 2010, people thought that they didn’t need a backup service when Google Apps was released. Today, if you look at the support forums and try to find help on data recovery, you’re not going to be able to find anything useful.

IT departments that are looking into rolling this out for their companies should know any installs for Spanning Backup will happen through the Google App Marketplace where administrators will go through and install the service for domains and select what they want to backup.

But while Spanning has made some inroads into being a choice by many companies, it’s not the only backup service around. Backupify is another service that claims to be able to backup data from Google Apps, with the cost per user starting at $3 for the professional plan and up to $990 per domain per month for the enterprise, compared to Spanning’s which has two plans: individual and domain — individual is $35 per year while the domain is $35 per year (per user). Spanning tells us that out of all its free trial customers, 90% of them compared both services and selected the service over Backupify 3 to 1.

The company has raised $2 million in funding from the Foundry Group in April 2011 and then another $1 million earlier this year.