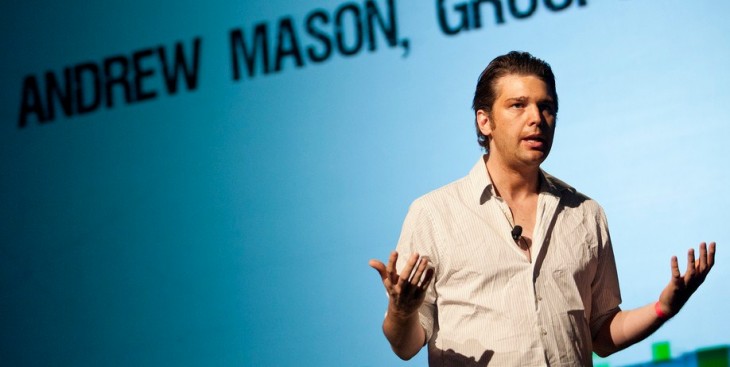 Today Groupon reported its third quarter financial results, including top line revenue of $568.6 million, and earnings per share of $0.00.

Update: Groupon is now down more than 10% in after hours trading. Follow along here.

Groupon lost a total of $3 million during the quarter, including “stock-based compensation and acquisition-related expenses” that totaled some $25.1 million. That compares favorably to a loss of $54.2 million, or $0.18 a share in Q3, 2011.

That revenue figure is an increase of 32% year-over-year. North American revenue for the company was up 81% year over year. Groupon passed the 200 million subscriber mark in the quarter.

Analysts had expected revenues of $591 million, and earnings per share of $0.03. Groupon missed those expectations. In after-hours trading, the company’s stock is sharply down, losing nearly 10% of its market value at the time of writing.

On the day’s trading the firm was up several points, indicating that investors expected good news before the bell. In the middle of the day, it became known – and confirmed – that Groupon had fired around 80 of its sales staff. That trimming was due to increased automation.

TNW’s take is that Groupon had a decent quarter. Its revenue growth proves that its model remains relevant, even as the firm expands into new products. And, its exceptionally narrow loss is in fact a profit on a simple non-GAAP basis. To see the reaction that the market is currently enacting on the company almost feels like an overreaction.

Critically, the cost for Groupon to collect new users is on the way down: “Customer acquisition costs improved 55% year-over-year, enabling the reduction of marketing spend by 58% compared with the third quarter 2011.” Whether this is due to lessened competition – many Groupon competitors are simply dead – or other efficiencies, this lowered cost is key to Groupon’s long term profitability.

It appears that the age of losses at Groupon could be at a close.

What follows is a condensed version of Groupon’s earnings report:

“Our solid performance in North America was offset by continued challenges in Europe,” said Andrew Mason, CEO of Groupon. “Groupon Goods has evolved into a second major category that our customers clearly love. With deals on everything from designer sunglasses to big-screen televisions to most-wanted toys, we think it will be a great gifting destination this holiday season.”

Read next: Priceline.com acquiring travel company KAYAK for $1.8B in a deal that includes $500M in cash