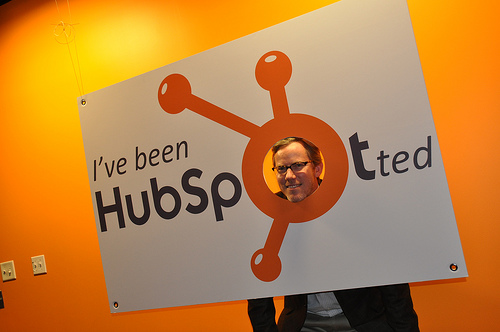 Inbound marketing software company HubSpot has raised $35 million in funding for its mezzanine round from Altimeter Capital, Cross Creek Capital, and other public market investment firms. The Boston-mutual fund Fidelity Investment is also rumored to be part of this latest round. Since 2006, the company has raised $100 million. Ron Gill, the CFO of NetSuite, will be joining HubSpot’s board of directors.

With over 8,000 customers in 56 countries, HubSpot is focused on helping businesses find new ways to approach marketing. Dharmesh Shah, co-founder and CTO, says that marketers are looking into how they can transform the way they reach potential customers to inbound marketing. The goal, he says, is to create “compelling content that draws people in and using context to help convert those people into customers.”

To that end, it offers its customers an all-in-one marketing solution that it says will allow users to instantly track website traffic and leads, as well as enable the creation of landing pages for any campaign, publish blog posts, automate emails, and manage updates across any social media platform. In addition, it holds extensive contact information, generates monthly reports, and also tracks multiple marketing campaigns.

Today, the company says it’s been growing “aggressively” and that’s why it sought additional investment. Over the past year or so, it has launched its HubSpot 3 product, announced plans to built a European headquarters in Dublin, and hosted 2,800 marketing professionals at its INBOUND conference.

It will use the new investment to help it grow in several areas: the first being in potential mergers and acquisitions — HubSpot says that it’s interested in acquiring companies that have “exceptional teams” with products in the sales and marketing arena. It’ll also grow out its international presence using its new Dublin office as a stepping stone beginning in January 2013. Lastly, it will obviously focus on recruiting and growing the overall team.

Moving closer to an IPO

HubSpot is becoming a large company with over 400 people and plans to bring on 55 more by the end of 2012. With this growth and the introduction of investors who deal with publicly-traded companies, does this mean that HubSpot will be working its way towards an IPO soon? We asked Shah about this and he said that since its beginning in 2006, the company has been focused on building a “successful, sustainable, independent software company driven to help transform the marketing industry and help organizations make the shift to inbound marketing.” He said that there’s no rush to go public yet, but with this mezzanine round of funding, the company is laying the groundwork for that eventuality.

So for now, the company has chosen to operate “as if public”. What this means is that HubSpot will build out its board and its executive team while also disclosing some of its core financials — something that it says goes well beyond what most private companies do.

As part of this funding announcement, the company has brought onto its board of directors, Ron Gill, the CFO of NetSuite, who will chair its audit committee.