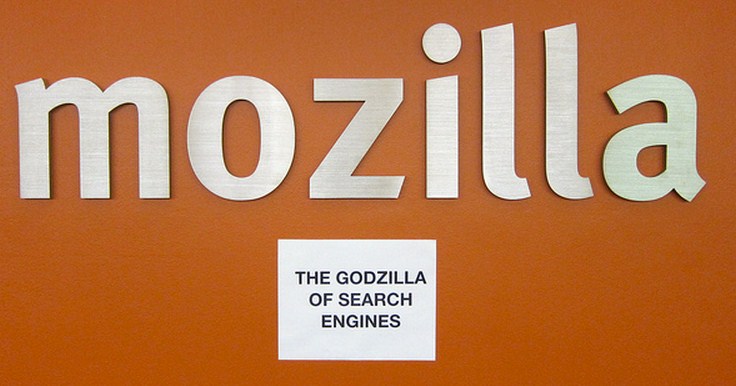 It’s a tradition that had all but flickered out: the sending of cakes by Microsoft to Mozilla for major Firefox releases. It started downhill when Mozilla switched – a la Chrome – to smaller, more frequent releases.

Microsoft downgraded the cake size as Firefox streamlined its update process, when the below treat was sent, the following quote came via the photographer: “As the releases have gotten faster and leaner… so have the cakes.”

Cheeky of Redmond, but still sweet. The two companies may have been locked in a vicious struggle for control of the browser market, but the teams were consistently civil. This sort of thing is to be encouraged.

However, as Neowin’s Brad Sams –  a friend of TNW – noted today, the sending of cakes to Mozilla lasted “for several major Firefox releases until the company expedited version control and now seemingly releases a new version of the browser every other month.”

However, today, Mozilla returned the favor, and sent Microsoft a baked treat slathered in cheap frosting for shipping its Internet Explorer 10 product for Windows 8:

Note that as Microsoft would stake an IE logo on its gift, so too has Mozilla put a burning fox on its treat to Redmond. Consistency, folks, is the substance from which we build tradition.

But really, we all use Chrome now. Top Image Credit: Jennifer Morrow

Read next: The 16GB black iPad mini joins every white SKU in selling out its pre-order stock