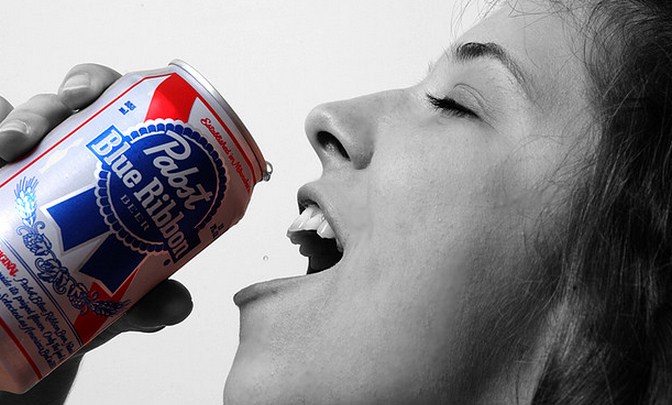 It’s all but routine at this point: A company needs to road test a new device, so it turns to the people it knows best and can trust the most, its employees. Those folks, being denizens of the generally boozy young tech contingent take that damn gadget for a real road test, right to their own favorite watering hole.

And then they get drunk and leave it there.

You know the Apple story involving its lost iPhone that was sold to Gizmodo for a paltry $5,000. There’s a new entry in this particular scrapbook that is worth noting: out this weekend is an excellent piece in Wired that details how a Google employee left a Nexus 4 at a bar in the Mission. How Google tried to get it back isn’t savory.

Also, a note: If you demand to take your secret handset or tablet out, don’t go to the Mission in San Francisco. If TNW’s mathmagical analysis holds, that’s the number one spot for leaving gadgets behind. In fact, I can anecdotally prove this: I almost left my backpack, which contained a then-embargoed Surface RT tablet from Microsoft, at the Homestead in the Mission. The Mission is full of technology fans; whatever you leave there will be recognized, and you will be in the soup.

When Barton heard back from him the next day, Dave was shaken. “Dave” — Barton says he does not know his full name — “sort of freaked out. ‘Google lost a phone,’ he told me. ‘You just got a guy fired…. The Google police are coming’”

That’s not too bad, but then threats followed:

“Katz [Sent from Google] was like a disappointed mom when I told him Jamin [The man with the phone] wasn’t here,” says Barton’s colleague Don Hodge, a guy with well-inked arms and a general don’t-fuck-with-me demeanor, pulling on a Bud Light. “He was little but really pushy, like military…. He said he wanted to keep me out of trouble — like I was in any kind of trouble — keep the bar out of trouble. They could file criminal charges, he said.”

That’s sub-par, Google. Everyone respects your need to get the phone back; however, threatening people non-party to an accident who have shown good faith by reaching out is just plain bad behavior. You frankly don’t want to go all Apple on people, it’s impolite.

However, here are a few rules that should help everyone in the future:

It’s odd that a consumer gadget can cause so much strain and pain, but the fact is that when tens of millions of dollars in earned media are at stake, and carefully planned press narratives can be sunk, and competitors tipped off, and consumer buying habits changed if they find what is coming next, the tech heavyweights have to take this sort of thing seriously.

As a window into this world, of a sort, my current loaner Surface device required that I sign a  lengthy contract. Naturally, after a day of standing on my feet, I didn’t take the hour to chew through the document before I signed. Later, I offered to lend my unit to another person in technology for a short period of time, discussing the idea on Twitter. Microsoft contacted me and informed me in no uncertain terms that I was banned from doing so under the terms of the signed agreement. Well, fine then.

My point is, if you take a device from a company that desperately doesn’t want it to end up in the wrong hands, don’t let it.

Read next: 11 apps to promote healthy lifestyles among employees