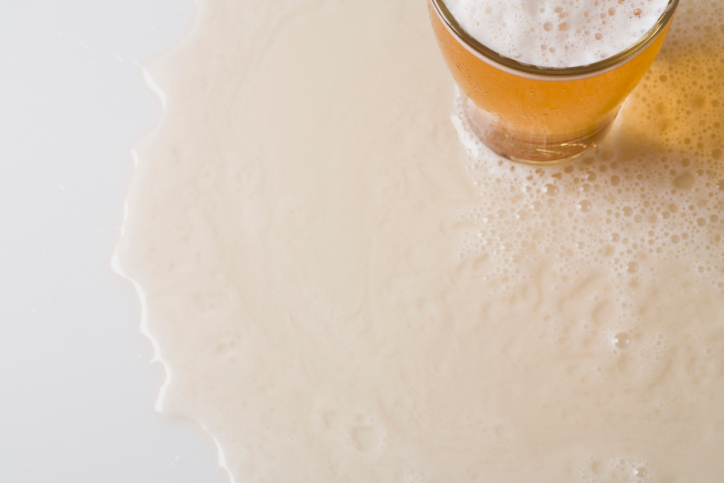 Today at eBay’s “Future of Shopping” event in New York, one particular announcement surprised me enough to make my jaw drop. eBay introduced its new Feed product, and I immediately drew an uncomfortable connection: it’s just like Pinterest.

eBay wasn’t subtle with this move, either.

Everything, from the general look and feel down to specific details, has been borrowed. But hey, Pinterest has been the subject of a lot of borrowing lately, right?

eBay’s newly launched discovery feed is undeniably similar to Pinterest, as we’ve detailed below. But lucky for eBay, time has shown that companies don’t always have to be original to be successful. The bad news, however, is that while trying to capture some of the magic that is Pinterest’s design, eBay may have ended up empty handed after all.

First, lets see how the two services compare, and then we’ll dig deeper into what it really means.

Upon first arrival to the feeds page (www.eBay.com/feed), you’ll be prompted to create your own feed. Select a few interests and your feed will populate with products. There you have it — your new eBay Homepage.

As shown above, products in the feed take on a form familiar to that of pins, which open into a lightbox-styled pop up.

You’ll notice that these feeds are constantly updated, and if you’re viewing your feed while this happens, you’ll see a little alert.

You might be saying to yourself “hey, that looks familiar.”

The same goes for the continuous scrolling, the right-aligned “Scroll to Top” button and the pretty background texture…

The Differences: Social vs Utility

So which service is which? Here’s where things start to differ: On eBay, a user’s feed is just for them (aka a non-social tool), and each product goes through eBay before landing on a user’s feed, but is still user-submitted. Also, instead of following other users as you would on Pinterest, eBay’s feed lets you privately follow self-populating interests like product types (guitars) or brands (Gibson). To be clear, sellers are not submitting products through this tool (yet), but eBay is instead pulling in products from eBay sellers automatically.

Lastly, instead of giving every user a profile of their feed to share, only sellers will receive a page like this:

Is this a ripoff?

As designers will say, Pinterest did not invent the masonry layout, the grid or subtly textured backgrounds, but the above screenshots show a very deep connection between the two services.

With this in mind, TNW directly asked eBay the following question: “Is eBay’s new feed directly inspired by Pinterest’s design or not?” Their response: No.

No, Feed stems from our observation of how people shop in store, where they browse, and how they shop online, where they search. We know people like both and eBay is uniquely positioned to leverage our wide inventory, data and millions of users to create a rich, visual experience. Of all the models we explored, this visual model best helps our buyers consume the most number of images possible while browsing our page, which research shows they want. Feed is a whole new, personalized way to experience eBay; it inspires our shoppers and connects them to the things they need and love on eBay.

eBay believes that its new Feed is truly unique in that it “puts personalization in the context of shopping,” as its “items are all instantly shoppable.” These differences are 100% true, but that does not automatically excuse eBay from borrowing so much from one particular company…that is, if you’re interested in defending originality.

Before anyone grabs a pitchfork, however, lets ask ourselves this: Has eBay tapped into what actually makes Pinterest valuable, or will the traits above be copied in vain?

Pinterest’s model encourages the scattered collection of all things beautiful, funny, inspiring and tasty, and never transfers use-cases well, as we’ve seen in sites like Trippy and Stumbleupon. It is not for serious searching, doesn’t work with ugly or average-looking photos (aka many of eBay’s photos), hasn’t been proven compatible with a wide range of demographics and can’t function as a method for displaying important text.

Pinterest is about self-curation, discovery, showing off your interests to others and the larger community of users. eBay’s feeds allow nothing of the sort to develop, greatly limiting its usefulness. What we have here is a tinman without a heart. A network without the social.

By copying Pinterest without actually capturing what makes it work, I believe that eBay will get much less out of feeds than it thinks it will. Right now though, so long as sales are boosted somewhat or even if they remain the same, the project could be considered a success. What would that mean for Pinterest?

Pinterest is valuable because — if and when it finally decides to care about revenue (or is acquired) — the company has the unique potential to heavily capitalize on the purchase intent (and hopes, and dreams) of its target demographic. Now, eBay has somewhat beat it to the punch.

If Pinterest’s future monetization strategy ever causes the two companies to compete, Pinterest could actually threaten eBay’s success if it grows dependent on this Pinterest-like method of discovery. Then, eBay would only be able to lean on its algorithmically-powered recommendations and discovery know-how from the acquisitions of Svpply and Hunch.

Will users embrace eBay’s new feeds? It’s too soon to tell, and a slow roll-out will help make sure complaints don’t pile up overnight.

Its important to remember that just because a concept works in one situation, doesn’t mean it will work in another. Trying to take Pinterest’s model out of its social context is like using a bad metaphor to drive home a good point.

eBay is a strong company that has the potential to revolutionize commerce once again, but I don’t believe this was the right direction to take.