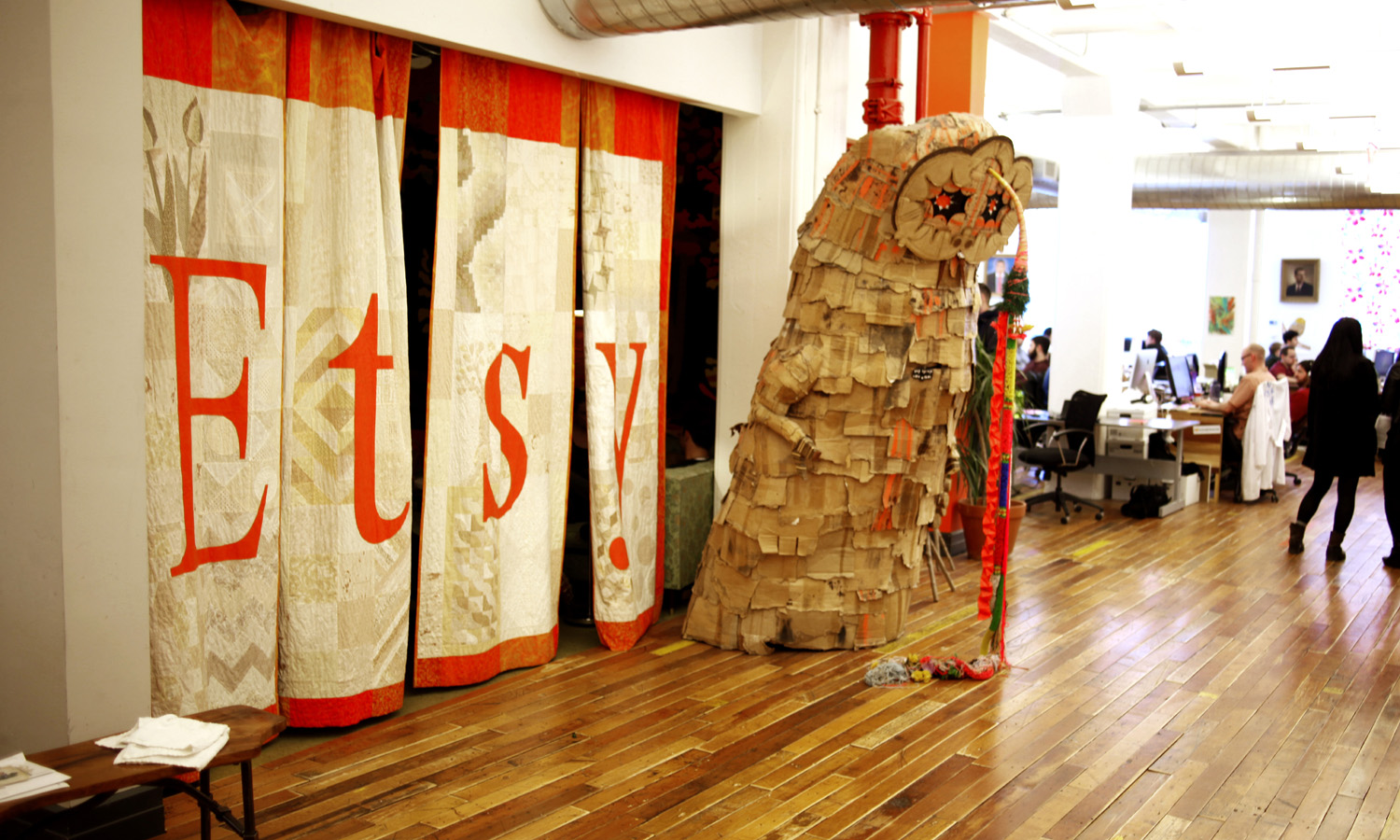 It might not feel like it for most, but the festive season is upon us. Ecommerce sites are gearing up to tempt us all into spending with them as we start to consider gifts for the holidays.

Etsy, the global craft market is also on the case. With a new manager in charge of raising the site’s profile, it could become a winner for UK shoppers looking for something that is not the usual high street offering.

Etsy’s recently appointed Country Manager Nicole Vanderbilt has been in the UK meeting sellers and working out ways in which the UK audience can engage with the online craft market. Though there is plenty of work to do, Vanderbilt says that the site has already seen 2 million monthly uniques in the UK and it is expected to reach its 3 millionth order over the holiday season.

Vanderbilt took on the role with Etsy back in August. Her previous experience in marketing for companies like Bebo, Google, American Express and MyDeco are no doubt going to help Etsy expand and improve its visibility in the UK.

The company’s UK team has been made up of only 2-3 people in the last couple of years, and Vanderbilt says that this will grow to cover the resources needed to go after the UK market. “One of the main roles and biggest changes for Etsy as a whole is that the company will be going for consumer marketing to buyers,” she told TNW. “One of the things that attracted me to the role was that Etsy has come such a long way without having to do this. But that will be a key part of the talent acquisition we have to make.”

Vanderbilt says that by some estimations, the UK has a 5 billion dollar craft market, a big opportunity for Etsy to tap into. But as arts and crafts are often seen as a traditional offline activity, the method for getting those sellers online could be a tough sell.

That said, Etsy has a strong support system including the company itself as well as the sellers already on board. “In some cases it will be a matter of going from craft fair to craft fair,” Vanderbilt explains. “But once we find people who are already passionate about Etsy and get it, they in turn help us to spread the word.”

Since launching in 2005 Etsy has grown considerably and now serves 800,000 sellers and 19 million members from over 150 countries. “Etsy is an important place for crafts people to be able to go to in the digital world,” Vanderbilt says. “I think it’s hard in most markets to avoid considering having some sort of digital presence. Blogs were the first wave of this provision for crafts people expressing themselves and Etsy is playing a big part in that too. Etsy suits the needs for crafts people including a community and the knowledge that they are selling among only other people who are providing hand-made or vintage goods.”

Etsy’s Teams are where sellers can find both structure and support to make sales. There are Teams for selling specific products like photographs or textiles and these groups help people with similar crafts get to know the site and work out best practice.

Etsy staff also provide the means for more specific ways to help sellers. Last year there was a big push around weddings where sellers could be promoted through the topic and raise awareness of their goods. “We’ll continue to package up bits of this very broad market place to help focus buyers,” says Vanderbilt.

Etsy has influenced many other sites from other online markets to the skewering of strange items on offer through the site Regretsy. Though many other online markets hand-pick or filter the goods they provide a platform for, Etsy is proud of the democratic way in which people can sell their crafts. The only filter on the site is one to make sure that things are actually hand made.

Physical Etsy markets in the US have also been popular. Crafters can get together to sell their goods in a more traditional way and this is something that will continue in the UK.

“We’ve already been at the Thames Festival,” Vanderbilt points out. “And we are linking up with the Tate Britain’s Pre-Raphelite exhibition as part of Late at Tate in December. There’s loads of stuff on Etsy and this is a way that we can reach in and find areas that are relevant to a particular audience.”

Though the UK market is a target for Vanderbilt, it is the international offering from Etsy that will help it continue to make sales. “Buyers purchase from all over the world in ways that are astonishing to me still,” she says. “What distinguishes us from direct competitors as well as traditional ecommerce companies in general, is that we are not siloed. If you are on a UK site, you can often only buy UK products. Etsy takes on a big challenge by being a global online market place. A UK buyer and an Australian buyer both have the same inventory from which to choose.”

Naturally the big push for any retail site appears at Christmas and Etsy is already actively helping sellers work out ways to make their living. “On our blog of late, the US team has been running holiday boot camps,” explains Vanderbilt. “So there’s a lot of information about how sellers can prepare for and get the most out of Christmas. Again that gets amplified and made more useful by the conversations that go on among the sellers themselves. It’s a nice bridge between the smaller crafts community and the digital world we are encouraging them to take part in.”

Rather than waiting for tourists to pass by a tiny craft shop in a village for a sale or having to close down outside of the summer holidays when fewer people will travel to buy a knick-knack, Etsy could be a way for the UK craft scene to see a real boost.

With some great artists and creators languishing in tiny towns, it would be great to see the UK’s craft goods become available online. It might even be a way to find just the Christmas gift for that friend who has everything.

Read next: Let’s ask the experts: What is NSFW?