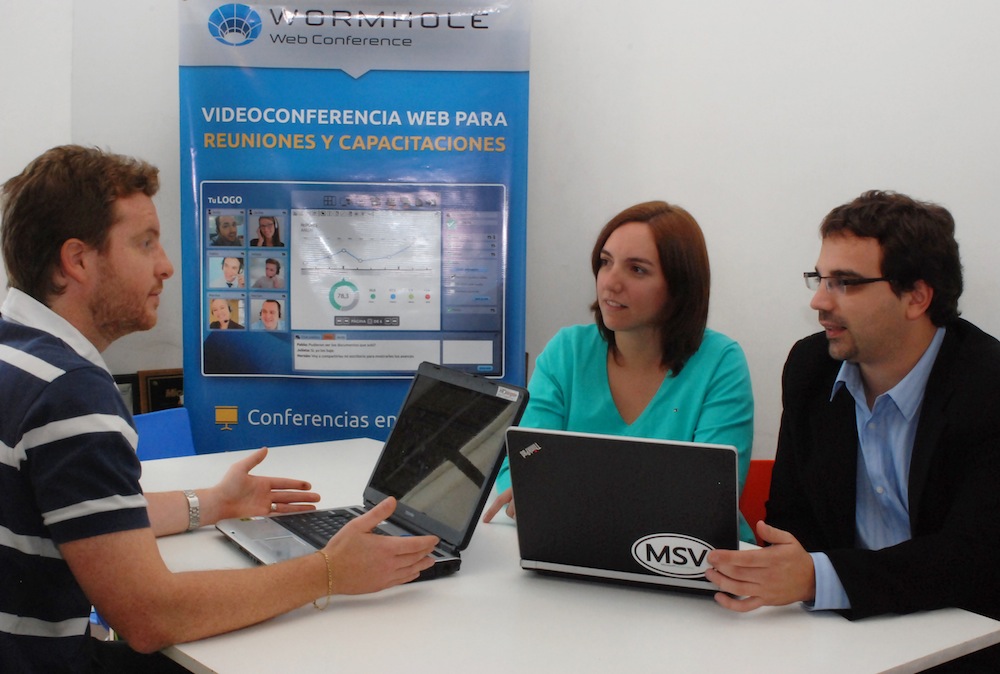 Wormhole IT has partnered with Vivo to offer web-conferencing solutions to more than 1 million companies in Brazil, the Argentine company announced today during TNW Conference Latin America. As you may know, Telefonica’s local brand offers phone, TV and Internet services all over the country.

Following the deal, Wormhole IT will provide Vivo with a white-label version of its Wormhole Web Conference (WWC) solution, which will be distributed under the “Videoconfêrencia Web da Vivo” brand.

The platform can be used for web meetings à la Skype, but also for training sessions and events. One of its key characteristics is its simple interface, which doesn’t require any download and is compatible with slow Internet connections.

As a matter of fact, the platform is tailored for Latin America SMBs which could benefit from a professional platform but don’t need expensive features, Wormhole’s CTO Ignacio Lopez explains: “We want to empower our customers with new technologies to make every-day collaboration and communication in their work environment easier and more affordable.”

Here are a few intro video showing what WWC looks like in its Vivo version:

This isn’t the first time Wormhole has partnered with Telefonica, and WWC is already included into Telefonica’s offering in Argentina and other countries in Latin America, which helped it reach 350,000 potential new customers. As for this new agreement with Vivo, it will help Wormhole boost its expansion in Brazil. According to Wormhole’s co-founder Sally Buberman, other countries could follow, as the company is currently raising a new round to accelerate its growth.

According to Wormhole, the usage of web conferencing tools grew in Latin America more than 300% in 2011, and the company expects exponential growth in the next years. “Web conferencing for business is here to stay,” Wormhole’s sales director Maximiliano Menasches says.

Wormhole was recently one of the TNW Argentina Startup Awards finalists in the Startup of the Year category. The company is also attending TNW Conference Latin America today and tomorrow, where it is competing for a spot as one of the four additional finalists we will pick up during the event to complete our Start-Up Battle list.

Read next: Hey developers: You can now add an Instagram-like experience right into your apps