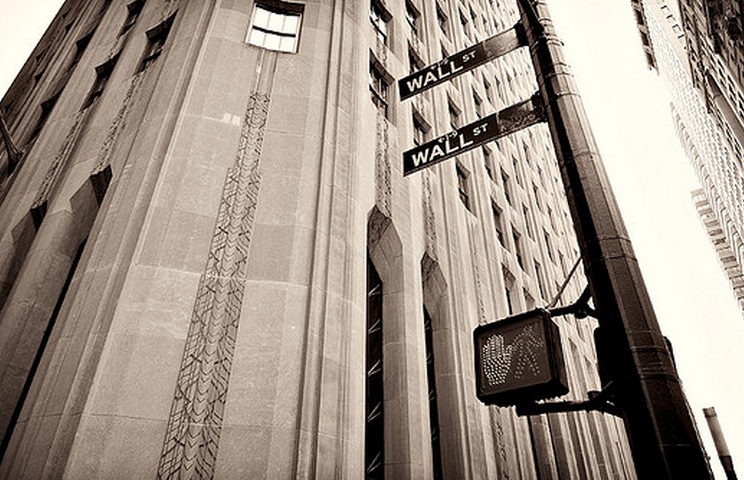 Today Research in Motion RIM announced the financial performance of its first quarter, indicating that the company had revenues of $2.8 billion, and a loss of nearly $0.99 per share.  The company had previously signaled that it would lose money in the quarter.

Revenue was down from $4.2 billion in its last quarter. The company lost a total of $518 million during the three month period. The company stated that it shipped around 260,000 BlackBery Playbook tablets in the quarter.

Analysts had anticipated a loss of $0.07 per share, on revenues of around $3.1 billion. That revenue expectation was a 37% year over year decline. RIM’s results, obviously, fell short of expectations.

RIM has been a troubled company for some time now, as it has lost its status as smartphone king, losing out to Apple, Google, and now almost, Microsoft. It’s market share and financial declines have been stark. This quarter, coming up so short of its anticipated results, will certainly hurt the company’s strategic position.

to $2.2 billion at the end of the first quarter

— Cash flow from operations was approximately $710 million in the first

— Shipments of BlackBerry smartphones were 7.8 million and shipments of

— Restructuring efforts underway that will include a workforce reduction

of approximately 5,000 employees as part of RIM’s efforts to realize

resulting in strong adoption and support by application and developer

— BlackBerry App World continues to grow with over 89,000 applications

— The overall BlackBerry subscriber base continued to grow, and the

subscriber base grew in all regions except for North America

Revenue for the first quarter of fiscal 2013 was $2.8 billion, down 33% from $4.2 billion in the previous quarter and down 43% from $4.9 billion in the same quarter of fiscal 2012. The revenue breakdown for the quarter was approximately 59% for hardware, 36% for service and 5% for software and other revenue. During the quarter, RIM shipped 7.8 million BlackBerry smartphones and approximately 260,000 BlackBerry PlayBook tablets.

“Our first quarter results reflect the market challenges I have outlined since my appointment as CEO at the end of January. I am not satisfied with these results and continue to work aggressively with all areas of the organization and the Board to implement meaningful changes to address the challenges, including a thoughtful realignment of resources and honing focus within the Company on areas that have the greatest opportunities,” said Thorsten Heins, President and CEO. “Our top priority going forward is the successful launch of our first BlackBerry 10 device, which we now anticipate will occur in the first quarter of calendar 2013. In parallel with the roll out of BlackBerry 10, we are aggressively working with our advisors on our strategic review and are actively evaluating ways to better leverage our assets and build on our strengths, including our growing BlackBerry subscriber base of approximately 78 million, our large enterprise installed base, our unique network architecture and our industry leading security capabilities.”

The successful launch of the BlackBerry 10 platform and the delivery of high quality, full-featured BlackBerry 10 smartphones remain the Company’s number one priority. Over the past several weeks, RIM’s software development teams have made major progress in the development of key features for the BlackBerry 10 platform; however, the integration of these features and the associated large volume of code into the platform has proven to be more time consuming than anticipated. As a result, the Company now expects to launch the first BlackBerry 10 smartphones in market in Q1 of calendar 2013.

“RIM’s development teams are relentlessly focussed on ensuring the quality and reliability of the platform and I will not compromise the product by delivering it before it is ready. I am confident that the first BlackBerry 10 smartphones will provide a ground-breaking next generation smartphone user experience,” said Thorsten Heins, President and CEO. “We are encouraged by the traction that the BlackBerry 10 platform is gaining with application developers and content partners following the successful BlackBerry Jam sessions that we have held around the world since the beginning of May. Similarly, the reception of the BlackBerry 10 platform by our key carrier partners has been very positive and they are looking forward to going to market with BlackBerry 10 smartphones in the first quarter of calendar 2013.”

The Company announced its CORE (Cost Optimization and Resource Efficiency) program in March of this year. The program is focused on delivering operational savings through various initiatives, with financial objectives for the program targeted to drive at least $1 billion in savings by the end of fiscal 2013, based on RIM’s Q4 FY2012 run rate. As a result of the shift in BlackBerry 10 launch timeline, the increasingly competitive environment, as well as the identification of additional cost saving and efficiency opportunities, the Company may increase the scope and magnitude of these programs, and considers these original estimates as minimum numbers it will be pursuing.

To date, the Company has started implementing a number of these initiatives including:

clarity, efficiency and accountability across the organization;

— the continued streamlining of our supply chain, which includes the

consolidation of our manufacturing footprint from 10 external

manufacturing sites to three, and working closely with our suppliers and

other partners to identify ways to drive further efficiency;

including management of device level repairs;

efforts and spend in regions that offer the highest opportunity and

— further outsourcing of non-core functions as determined during the

implementation of the CORE program; and

— a global workforce reduction of approximately 5,000 employees, which is

expected to be completed by the end of fiscal 2013.

The Company expects to incur restructuring related charges of approximately $350 million by the end of fiscal 2013, primarily associated with the global workforce reduction. Other charges and cash costs may occur during this process, and the Company intends to share more details throughout the year regarding its progress as programs are implemented or changes are completed.

The Company expects the next several quarters to continue to be very challenging for its business based on the increasing competitive environment, lower handset volumes, potential financial and other impacts from the delay of BlackBerry 10, pressure to reduce RIM’s monthly infrastructure access fees, and the Company’s plans to continue to aggressively drive sales of BlackBerry 7 handheld devices. The Company expects to report an operating loss in the second quarter of fiscal 2013, as RIM continues to invest in marketing programs and continues to work through the transition to BlackBerry 10, as well as the Company’s fixed costs being allocated over a lower volume of shipments. This outlook excludes the impact of charges related to the CORE Program.

(United States dollars, in millions except per share data)

A conference call and live webcast will be held beginning at 5 pm ET, June 28, 2012, which can be accessed by dialing 1-800-814-4859 (North America), (+1)416-644-3414 (outside North America), or through your personal computer or BlackBerry(R) PlayBook(TM) tablet atwww.rim.com/investors/events/index.shtml. A replay of the conference call will also be available at approximately 7 pm ET by dialing (+1)416-640-1917 and entering pass code 4501363#. A replay of the webcast will be available on your personal computer or BlackBerry PlayBook tablet by clicking the link above. This replay will be available until midnight ET, July 12, 2012.

Read next: Instagram moves closer to the Web, overhauls page design to allow likes and comments from the browser