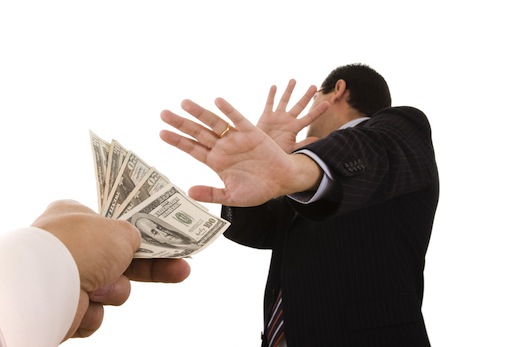 Here’s an interesting update from the founders of simple website creation and management tool Jimdo: they’ve not raised funding.

The entrepreneurs published an interesting blog post explaining why they turned down an 8-figure investment offer from a top-tier venture capitalist. The term sheet was ready, all they had to do was sign. Except they ultimately decided not to.

To be fair, they themselves felt the need to look for outside capital and met with investors, so it’s not like the offers were simply landing in their proverbial inbox only for them to click ‘delete’, slightly annoyed with the distraction.

Furthermore, Jimdo has already taken 500,000 euros ($625,000) in funding from the Samwer brothers’ European Founders Fund and an angel investor.

Their decision not to sign the term sheet with the VC, however, is an interesting one, although you can already guess why it was made.

Long story short (but do read their blog post): it’s their company, they want the freedom to build it for the long run, they’re not interested in exiting, making money is not what drives them – that sort of thing.

The reason this sounds plausible coming from Jimdo: the United Internet corporation once acquired 30 percent of the company, but the founders bought back the shares in 2009 after its partnership with United Internet subsidiary 1&1 ended.

Of course, now that they’ve published this blog post, expect tons of venture capitalists to be even more interested in investing in the business. :)