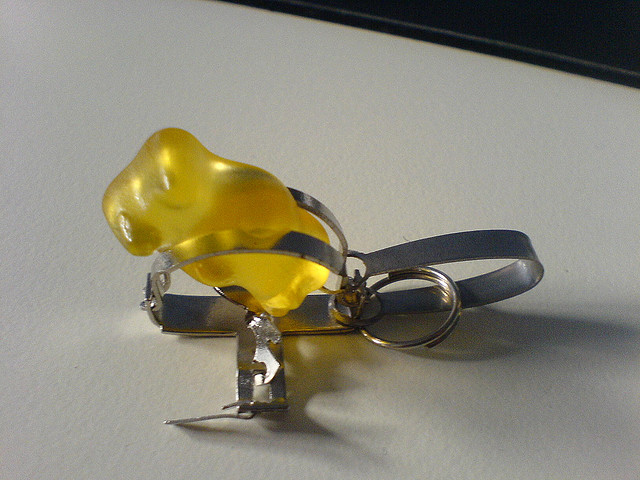 Creating great ads on Google search results is an artform. In fact, there’s a whole industry of folks who are specialists. It seems like online meeting service GoToMeeting found a phrase that gets itself clicks: the name of its competitor MeetingBurner.

Needless to say, MeetingBurner isn’t very happy about this and took to its blog today to discuss it:

It’s not uncommon for companies to bid on search terms that include a competitor’s name or URL. But having your competitor’s name IN your ad so it looks like you’re going to their website? That’s downright dirty.

Citrix, the company behind GoToMeeting is absolutely massive, and the service is widely used by business professionals. Why did it have to juice its ads with a competitor’s name? Maybe it feels threatened by the smaller and scrappier MeetingBurner:

That they’ve taken notice of our fast-growing startup by bidding on our name is, frankly, flattering. But an ad that can clearly be misconstrued as ours, and unwittingly lure searchers away from their intended destination? That’s just not cool.

Unfortunately, reaching out to the AdWords team at Google isn’t an easy task. This does appear to be against the Terms of Service for AdWords, but since its so close to the weekend, the ads might stay up for the next few days. I’ve reached out to Citrix but have yet to hear back on the matter.

I’ve done the search for “MeetingBurner” myself and have found a few variations, some with MeetingBurner in the title of the ad, some with “Meeting Burner.” Both paid for by GoToMeeting:

I have to agree with MeetingBurner here, this isn’t cool. Instead of calling out a name of a competitor to steal clicks, and potentially paying users, why not craft and ad that plays fair and caters to your offerings?

We’ll keep you updated on what Citrix has to say. Until then, MeetingBurner is using this strange chain of events as a way to lure new users in to try their service on for size:

…for the next 72 hours, any GoToMeeting user, past or present, who goes here and signs-up for an account and emails [email protected] will get a 30-day trial to compare our platform to theirs, plus a special discount should they agree that our platform is, far and away, the superior option.

Read next: If I were Mark Zuckerberg I'd submit 500 photos of myself to Gizmodo