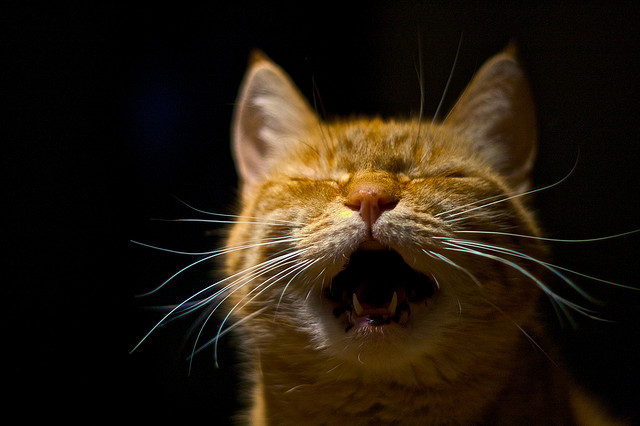 Imagine a situation in which you find out your favorite photo-sharing app, say Instagram, is full of content not shared by the folks using the service but rather being pulled in from sites like Flickr, uploaded to dummy accounts, and marked as “popular”.

In the case of social video sharing app Socialcam, which represents itself as a user generated content sharing app, that’s exactly what’s happening.

When a service climbs the charts and starts racking up impressive numbers, you usually have an idea as to why that happened. In the case of Instagram, we can go back over the past year and a half and follow its rise to glory. In Socialcam’s case, it seems to have come out of nowhere, hyped by the fact that everyone is now looking for the “Instagram of video”.

When we reported that Socialcam had hit the #1 free app position on Apple’s app store, I followed up quickly with the fact that the company was using a marketing service called FreeAppADay to drive itself up the charts. Whilst FreeAppADay is normally only used by paid apps going free for a day (SocialCam is free), this type of non-organic growth isn’t “illegal”, and Apple doesn’t seem to mind. Once you get into the top five on the charts, you start experiencing organic growth due to the curiosity of those watching the charts for new apps to download.

Once you have a lot of users inside of your app, it’s hard to keep them. One of the ways to do that is to make sure that there’s great content for them to find. For a user generated content app like Socialcam, you’d think that the content would come from its users. Unfortunately, that might not be the case here.

It appears that Socialcam is pulling in YouTube videos to its service and passing them off as content uploaded by its users. A quick hop over to its website, and you can see that most of the “trending” videos are pretty old videos that are popular on YouTube. Some of these videos show upwards of 6,000 Socialcam likes, which would surely equal many more social Open Graph actions on Facebook.

How it all works

The way I stumbled onto this is that to view a Socialcam video in your Facebook Newsfeed, you have to sign up for the app, and it’s safe to say that these non-app users account for some of those 36M. It’s a practice similar to that of social readers used by Washington Post and it’s pretty annoying.

I’m also an app user and have social sharing off, so none of my video views or comments end up my timeline. However, when I accessed a video through Socialcam’s site via Facebook, social sharing magically turned back on, thus sharing this in the Newsfeed of my friends:

As you can see, it clearly states that this video was uploaded to Socialcam. There’s only one problem, there’s no way to upload YouTube videos to Socialcam, as it only pulls videos from your iOS device’s camera roll or live from your camera.

If you were to click the football video, you would be asked to register, if you’re not already a user, and then you’d be sent to this Socialcam page with a YouTube embed:

Once you do that, it’s then plastered onto your Facebook Timeline and Newsfeed, and so on and so on. This type of manufactured virality was obviously well researched and tested, because it has clearly accelerated the growth of the service itself.

But the obviously weird part is that the video that Socialcam said was uploaded just a few days ago is over 2 years old, and even includes the exact same title as its YouTube counterpart (down to the lowercase i):

I have a few questions about this, mostly centered around how YouTube content got onto the service in the first place. For an app that is supposedly about user generated content, surely that shouldn’t include old popular content from another service.

The mobile experience is quite similar, as you can see:

I am also wondering what other tactics that companies like Socialcam may be deploying to get the wheels churning and users registered at such a rapid pace.

After doing some more digging, I was able to find some other folks who are wondering how the app has kickstarted numbers as big as they have and how the YouTube videos got there.

An open question to you: If you tie all of this with the fact that the company is openly paying money to climb the charts on the App store, is the service as impressive as we thought, and secondarily, what other tactics might it be using? A piece by InsideFacebook recently cited Socialcam as becoming the most popular app on Facebook.

The ultimate question however is, if you could potentially sell your company for a billion dollars. What lengths would you go to find success?

Let us know what you think in the comments.

Read next: Want to make your own data visualizations? Check out this awesome set of tools