It has been a big year already for mobile payments platform Boku, and things are just about to get a whole lot bigger as the San Francisco-based company has signed new billing agreements with two major carriers in the US and Germany.

The latest deal sees Boku ink a carrier billing agreement with Sprint, which will see it provide mobile payment services to its 55 million customers in the States. This partnership means that Boku is now processing mobile billing transactions for all four major US carriers…AT&T, Verizon, T-Mobile, and Sprint.

“Mobile commerce is one of the fastest growing segments in the wireless industry,” said Fared Adib, vice president of Product at Sprint. “Sprint is committed to giving our customers safe and secure options for making purchases using their wireless device, whether it is through direct carrier billing or using a mobile wallet. Adding mobile purchasing with Boku will allow Sprint customers to continue to charge online digital purchases from more merchants right to their monthly Sprint bill.”

Purchases can be made from the user’s Sprint mobile device or home computer. Once the user submits their purchase, they authenticate the payment and the charge appears on their monthly statement.

Sprint already offers Google Wallet on the Nexus S 4G, which is among the first NFC-enabled m-commerce solutions
in the US., as well as BilltoMobile and Sprint Mobile Wallet, which stores customers’ credit card and loyalty card information, allowing them to make online purchases direct from their device. 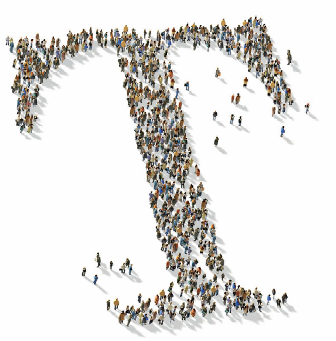 In Europe, Boku also announces a direct billing agreement with Deutsche Telekom, the largest network operator in Germany with more than 34 million subscribers. This will give customers a similar offering to Sprint in the US.

Whilst the US is clearly a huge market for Boku, Germany is also strategically important as the company notes – it’s a market which has continuously had low credit card penetration.

It seems that Germans prefer to have a mobile payment option in electronic and mobile commerce. Indeed, Boku actually opened offices in Germany in 2011, headed by former PayPal man Martin Buhl.

Visa and Barclaycard execs jump on the Boku bandwagon

To coincide with these two big announcements, Boku has also announced that it has lured two veterans of the payments industry on board as it looks to continue its global expansion.

We first reported on Boku a couple of months back, when it launched Boku Accounts to enable transactions to be carried out at point-of-sale (POS) in stores, with payments being charged to the user’s mobile phone bill.

Then in March, Boku announced it had secured $35 million in funding from Telefónica Digital, New Enterprise Associates (NEA), and a host of previous investors, including Andreessen Horowitz, Benchmark Capital, DAG Ventures, Index Ventures and Khosla Ventures. This cash injection meant that Boku has secured a whopping $75m across a series of funding rounds since 2009.

These two latest deals with Sprint and Deutche Telekom mean that Boku is now processing transactions with every major carrier in each of its top four markets – France, Germany, the UK, and the US. And if you ask me, Boku is ripe for a very, very big exit some time in the not-too-distant future.