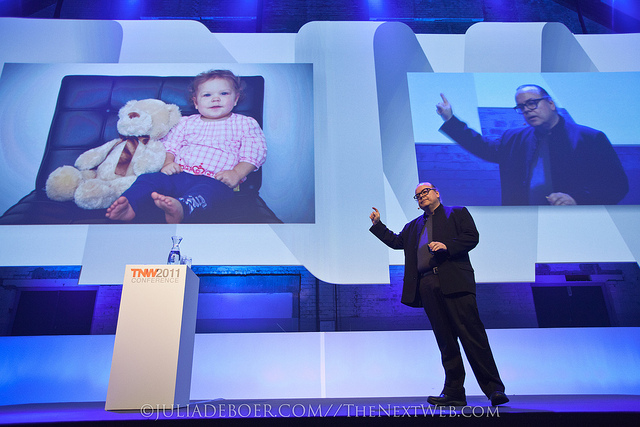 As The Next Web Conference 2012 approaches, one of the great speakers we’re looking forward to returning is Mark Randall.

At last year’s The Next Web Conference, Mark Randall, serial entrepreneur and Chief Strategist for Digital Media at Abobe, caused a real stir with the emotional tale of his rollercoaster career of extreme highs and terrible lows.

His story detailed his journey from starting a company with his friend, working a decade together to see it valued at $650 million, before his friend passed away of a heart attack, just days before they were due to cash in when the company filed for its IPO.

Mark started afresh, building products he wanted to build with people he liked, not spending ten years working with the hope that one day he would see a massive payday. After a standing ovation at last years conference, we asked Mark to come back, this time with a new story.

Will have it as much impact as last year? We interviewed him to find out.

TNW: Your remarkable talk last year was one of the most popular ever given on the TNW stage. By the end the audience seemed mesmerized and some were in tears. How are you ever going to match that?

Randall: Last year wasn’t planned. It was a special moment of connection with that audience. I have no idea how to recapture that experience and it would be crazy to try! Instead, I’m excited to share with all my friends in Amsterdam something that has been fascinating me for much of the last year. I’ve been exploring human creativity and how innovation actually works. I’ve discovered some extraordinary new research TNWers can use in their startups, businesses and personal lives.

Can it really make a difference? It seems so. IBM recently surveyed 1,500 global CEOs in 60 countries across 33 sectors. The CEOs named creativity as the most crucial factor for future success. As a leadership quality, it scored even higher than integrity and global thinking. Many people believe the future of our species depends on accelerating our creativity, yet we know very little about how creativity actually works inside a human brain. There are reams of scientific research documenting the exact biological processes enabling your toenails to grow. Isn’t it stunning that human creativity, the single most important electro-chemical process in the known universe, remains such a mystery?

TNW: How is our understanding of creativity changing?

Randall: Fortunately, in the last several years there’s been a flood of new research revealing how the brain conducts its neural symphony of electrical impulses and chemical interactions that crescendo in that dazzling moment of pure creation. Most importantly, we are learning how the brain can be tuned like a musical instrument. And like an instrument, it appears you can learn how to play it better, faster and more beautifully. For decades we’ve believed our innate mental capabilities were limited by the luck of DNA roulette. Is it possible for an adult human to change the one trait that dictates, more than any other, their potential success in business, career and even love? This is a tantalizing question.

TNW: Do you think it’s possible that TNW attendees could actually do this now?

Randall: That will be up to them. I’ll show what science has recently discovered about dramatically increasing mental performance. I’ll share how I’ve experimentally applied these techniques to myself and the impact it’s had on objective tests of my mental processes. I’ll even demonstrate on stage how the human brain can be directly hacked.

If we choose to, we can in essence overclock the processor between our ears. We are fortunate to live in an era of exponential acceleration. The web has grown 1,000 times faster in twenty years. Thanks to Moore’s Law computers are 100,000 times faster. Yet our brains remain electrically, biologically and genetically frozen in time, shackled to the slow crawl of Darwin’s Law. Our future success, both individually and as a species, may require us to accelerate the natural evolution of our own brains. If I put a button in your hands that would permanently alter the capabilities of your brain and transform how you perceive reality, would you push it?

If you did, would you still be entirely human? We’ve just begun to discover ways to create that button and it’s about to revolutionize our lives and our world. With the help of the TNW audience I hope to embark on a truly mind-altering shared experience!

Mark Randall will be speaking at The Next Web Conference 2012 in Amsterdam, which takes place on 26-27 April. Book your ticket today, and we’ll see you there!

Read next: Everything Butt Art: The future of children's books takes to Kickstarter