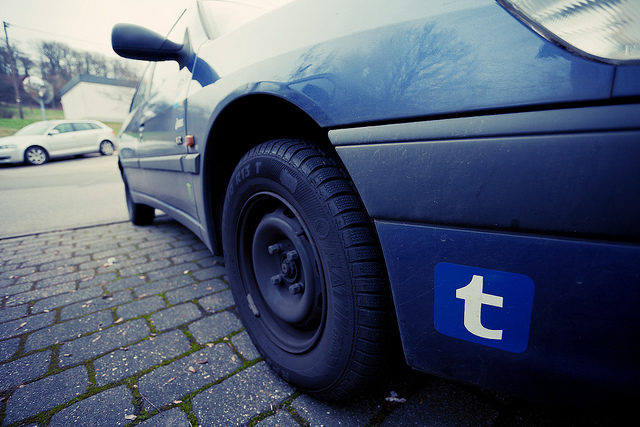 Sharing Tumblr posts on Facebook has been the same as adding any other piece of content until now. Tumblr has just announced that it finally has been accepted as an Open Graph partner and will be publishing feeds to your Timeline, News Feed, and Ticker respectively:

Sharing your posts on Facebook just got a billion times better, with integration into Facebook’s Timeline, News Feed, and Ticker.

You can find the new options in your blog settings. If your blog is already connected to Facebook, you’ll be automatically prompted to upgrade.

Now that Tumblr posts are treated different on your Timeline, your posts wont get lost amongst all of the other content that you post. As more apps start using the new Open Graph features from Facebook, people’s profiles are easier to read. I’m really enjoying how my Foursquare check-ins are lumped together, much like you see for Tumblr posts below:

Services are starting to say that they’re seeing more traffic and engagement thanks to Facebook’s new Timeline, which is now mandatory for all pages and profiles on the social network. These new features will guarantee more traffic to Tumblr’s over 20 million pages of content.

What are some of your favorite services that haven’t started using Open Graph yet? Let us know in the comments

Read next: Donate Your Facebook cover photo & timeline to save a homeless pet