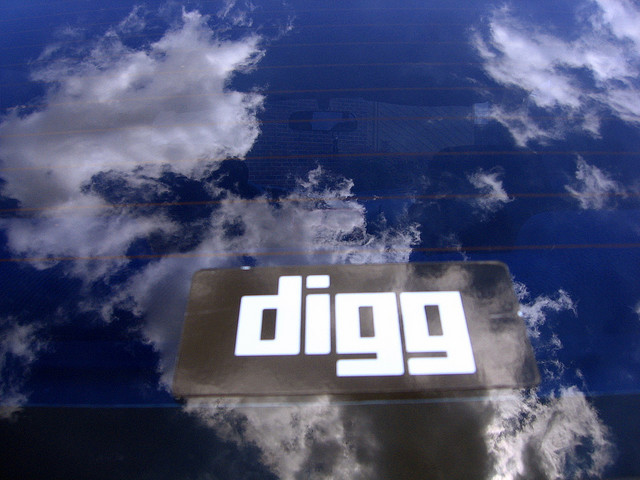 Digg might be seeing a nice burst of new traffic thanks to Facebook’s recent Timeline and Open Graph initiatives. In a post titled “How Facebook Changed our Mobile Traffic“, Digg’s team discussed how mobile traffic to the site has risen since it launched its Timeline app in December.

Depending on which source you trust Digg’s traffic has been extremely flat, if not dropping, over the past year, which included a few leadership changes such as its founder Kevin Rose leaving the company entirely.

Armed with a source of new traffic, mobile visitors from Facebook, the company is aiming to make some changes to its mobile site and iOS app due to the stats it found below:

– Unique visitors to m.digg.com are up 29 percent
– Mobile accounts for about 35 percent of our traffic from Digg Social Reader
– Of the people coming from Facebook to Digg, 27 percent are on a mobile device 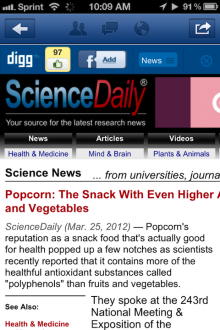 What types of changes will the company make? Here are some of the things it plans to launch within the next week:

Knowing this, we’ve made a few changes to our mobile experience rolling out later this week. Firstly, if you’re currently using our Digg iOS app, we’ll ask if you want to upgrade to add reads, comments and Diggs to your Facebook Timeline, allowing you to easily sync your Digg activity between your desktop and IOS device.

Secondly, if you’re reading Digg.com on a mobile device, you can now use the new Mobile Newsbar, which is built especially for the mobile touch devices. For those of you unfamiliar with it, the Newsbar allows you to click through a number of related headlines quickly and directly from the browser; which we think is a better way to read content on-the-go.

Thanks to Facebook, Digg might be getting a bit of a second chance thanks to getting the front and center treatment on people’s profiles by way of Timeline. While a few months worth of data isn’t enough to show that Digg is out of the woods completely, the team seems to be pretty excited about the results thus far.

The old-school geek in me wants to see Digg be successful, if only for the fact that many consider it to be the site that kicked off the Web 2.0 craze many moons ago. This might be the kick it needs.

Read next: Here's a neat trick: Use Read It Later or Instapaper with one tap in Flipboard for iPhone