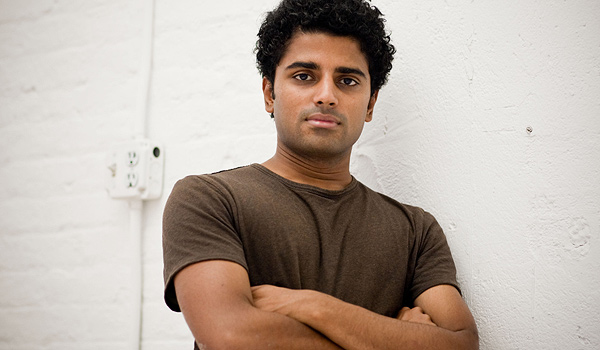 Foursquare’s co-founder, Naveen Selvadurai, has just officially announced his departure on the anniversary of the company’s launch. Selvadurai founded the company with CEO Dennis Crowley just three years ago.

As GigaOM noted earlier today, the news that Spark Capital was buying up stock from current employees was intriguing because we had no way of knowing who was selling. Then, information surfaced revealing shares were being sold by Selvadurai, leading  Om Malik to see the inevitable.

His prediction was correct, as you can see in the announcement below:

three years ago this week, when dennis and i were putting the finishing touches on the vision for this company, we had a hundred or so beta testers who helped us reach the finish line. we went down to sxsw to tell the world about foursquare.

it’s hard to believe that now, three years later, instead of one hundred beta testers, the company has over a hundred incredibly talented employees helping us realize that vision. and they’re building amazing things.

in that time, i’ve worn a ton of hats: from product to engineering, from funding rounds to roadshows, from recruiting to evangelizing. but, after three years, i feel i’ve done all i can do and i’m moving on. dennis and i have been discussing timing for a while, and we decided that now, on this anniversary, it feels right to begin the transition. so this will be my last month working at foursquare. over the course of the next few weeks, i’m going to be taking a step back as my final projects near their release.

i’ve always been here for the company and i always will be. i look quietly around the office every once in a while as the team works (not. creepy. at. all.) and i can’t tell you how proud i am of everyone. we’ve brought together an incredibly special group – one that’s going to go down in history – and they’re going to keep making us all proud.

going forward, i’m going to continue to be connected to the company: i’m on the board, i’ll still be advising, and i’m obviously going to be the single most vocal user. but the spring is time for things that are new, and i realize that i have a desire to do something new as well. i’m not sure about my exact next steps, but i’ll probably get back to what i love most – being an entrepreneur, learning and building new things.

three years ago, we took an idea and threw it into the world. i’m going to miss the crazy intensity that is foursquare, but am excited to see where it all goes from here.

Selvadurai’s decision to move on doesn’t appear to be on negative grounds, and he states that he plans to be continuously involved in the company. Moving forward, he’ll be on Foursquare’s board, but has “a desire to do something new as well.”

After 3 yrs, my @foursquare co-founder is moving onto new projects & big ideas. Can’t wait to see what’s next @naveen! naveenium.com/stream/next

Entrepreneurs must always be learning, building and pushing themselves to keep on living, so it looks like Selvadurai is heading in the right direction. There’s no word to exactly what he’ll be doing after his departure, but TNW will surely keep its collective ears out for news of any exciting ventures.