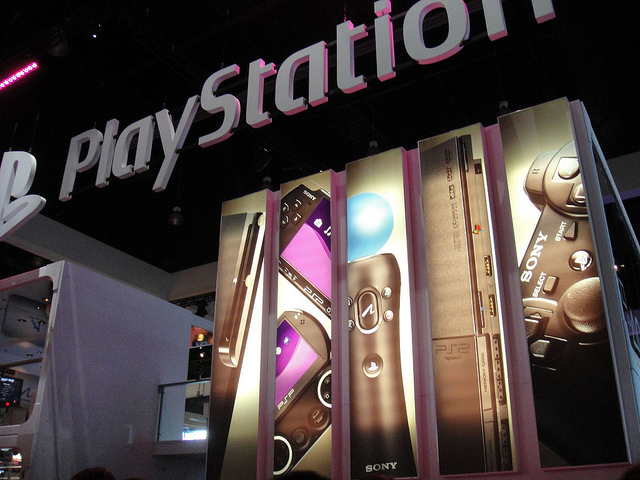 Sony noted that sales of its products were down “significantly” because of flooding in Thailand, adding that the “deterioration in market conditions in developed countries” and “unfavourable foreign exchange” contributed to a net loss of Y159.0 billion ($2.1 billion) compared to a net profit of Y72.3 billion ($950 million) a year earlier.

As a result, Sony has been forced to amend its forecast for its fiscal year through March, now estimating that it will see a net loss of Y220 billion, compared with the Y90 billion net loss it predicted in November.

Sony’s Consumer Products and Services division, which is responsible for the company’s PlayStation and PSP products (as well as its line of TVs), saw a loss of $1.09 billion for the quarter, with Sony remarking that its PlayStation 3 price cuts and marketing costs were above expectations.

The company sold 6.5 million PS3s in its third quarter, totalling 12 million over the financial year. It has sold 62 million units since launch.

In an attempt to reverse its fortunes, Sony announced yesterday that it had named former president of its Consumer Products & Services Group Kazuo Hirai as president and CEO, replacing Howard Stringer.

Stringer will step down from his position on April 1 and as part of the executive reshuffle, will remain on the board as chairman, taking the post after Sony’s June shareholder meeting.

Hirai was instrumental in Sony’s success with the PlayStation in the US, becoming President of Sony Computer Entertainment just two weeks after the PlayStation 3 launched.

Hirai said on his appointment:

“As challenging as times are for Sony now, were it not for the strong leadership of Sir Howard Stringer these past seven years, we would have been in a much more difficult position.

“The path we must take is clear: to drive the growth of our core electronics businesses – primarily digital imaging, smart mobile and game; to turn around the television business; and to accelerate the innovation that enables us to create new business domains.

“The foundations are now firmly in place for the new management team and me to fully leverage Sony’s diverse electronics product portfolio, in conjunction with our rich entertainment assets and growing array of networked services, to engage with our customers around the world in new and exciting ways.”