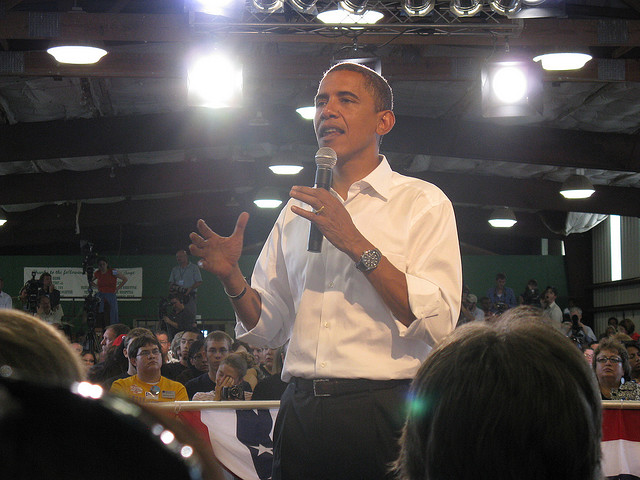 President Barack Obama, one day after holding a very personal interview on Google+ Hangouts, has stayed true to his word and sent an official Startup America Legislative agenda to Congress to keep the entrepreneurial spirit alive in the US.

Among the items President Obama proposed as part of the program include tax breaks for small businesses as well as reform around allowing immigrants to stay in the US by handling the current backlog of visa requests.

Here’s what the President had to say about the dedication to startups in America:

One year ago today, I called for an all hands on deck effort to ensure that America remains the best place on Earth to turn a great idea into a successful business. The private sector responded, with the Startup America Partnership launching new entrepreneurial networks all across the country. Today, we’re taking new steps that build on that progress, and I urge Congress to send me a common-sense bipartisan bill that does even more to expand access to capital and cut taxes for America’s entrepreneurs and small businesses.

Along with cutting taxes for small businesses, the President is supporting new ways of funding for startups, such as “crowdfunding”, and is calling for a national framework to be built to support the micro-donation avenue of funding.

Clearly the President has recognized that the United States is a leader in small businesses, and making it easier to start these companies in the US will not only keep the talent in the country, it will also attract talent and funding from outside of the country. During the State of the Union last week, Obama said that “Most new jobs are created in start-ups and small businesses. So let’s pass an agenda that helps them succeed.” This appears to be exactly what he was referring to.

In addition to the agenda items sent to Congress, the President would like to see more involvement from schools and is introducing programs like the “National Education Startup Challenge”, which invites those in 6th grade and all the way up to college to come up with solutions to solve education and non-profit issues the US is currently facing.

Some may say that this is merely a part of Obama’s plan to get re-elected but of all of the things that he could support, startups aren’t the worst thing. Once Facebook goes public, many will be watching to see how the company does and it could set the tone for tech companies to come over the next twenty years.

Read next: Social media matters more than ever in this US presidential election