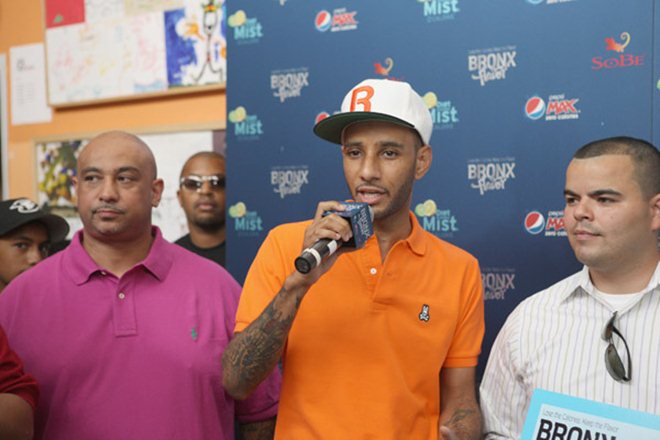 We are able to clear up one of the biggest myths that surrounds the Megaupload shut down, which even Wikipedia had wrong. There are numerous reports that hip hop producer Swizz Beatz is the CEO of Mega, the organisation which has seen more 15 other websites in its network taken down by the DoJ decision.

Whilst Swizz is listed as CEO, according to the company site (in Google’s Cache, see below), the fact that he doesn’t own stock appears to have spared him from the investigation, so far.

The producer has links to the file-sharing site after he rounded up a number of high-profile music stars to compile a video to support the service, but Forbes has cleared things up. Thus it makes sense why the star is not included on the list of suspects to be investigated, in what the DoJ has called “one of the largest copyright cases ever”.

It emerges that Swizz — who is married to singer Alicia Keys — was listed as CEO on the Megaupload website but does not hold equity in the company, which is reported to have cost copyright holders at least $500 million in lost revenue and made its founder Kim Dotcom more than $42 million last year alone.

Dotcom is said to own 68 percent of the Mega holding company, while six other investors hold the remaining allocation.

Rather than making money from Mega, Swizz could stand to lose money as the pro-Mega video that he helped put together has brought a lawsuit from Universal Music Group, which is protesting that a number of its under-contract stars were used without permission. Universal was further disappointed when YouTube ruled that it would not take down the video, despite its protests.

We’re quite sure an arguing a lawsuit is better than being arrested on five-counts with a possible jail sentence of 20 years on offer.