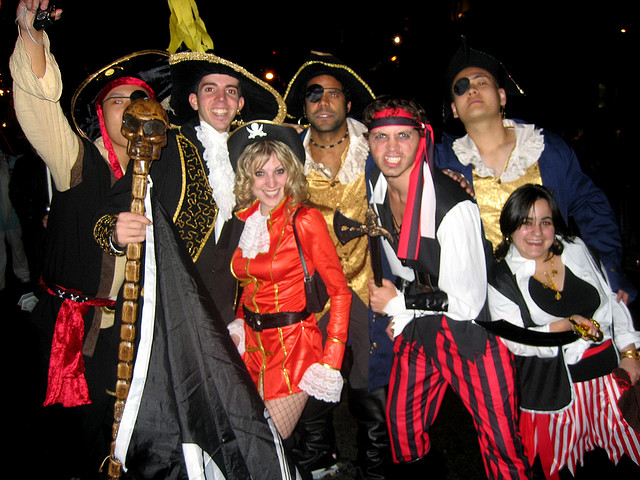 The Internet is buzzing over the take-down of the popular file-sharing site Megaupload today. Alogn with the take-down came indictments of seven employees of the company. They’re facing up to 50 years in jail each. Anonymous made its feelings known by taking down both the DOJ and Universal Music websites, and the Pirate Party is now sharing its thoughts through an official statement.

The Pirate Party UK and I are alarmed at the US’s continued efforts to enforce its excessive and unpopular copyright legislation outside of the USA.

Megaupload US prosecutors shut down one of the world’s largest sites, Megaupload.com, and charged its founder and six others with violating piracy laws. Of the seven accused of running an “international organized criminal enterprise”, four are in custody after being arrested in New Zealand. US Federal Agencies and local Law Enforcement Agencies acted in unison to obtain bank records and raid server farms across the globe. None of the individuals arrested or indicted lived in the USA. The seven each face almost 60 years in prison if convicted on all counts.

Megaupload is an online Hong Kong–based company established in 2005 that ran a one-click hosting online service. Megaupload.com has stated that it is diligent in responding to complaints about pirated material, regularly taking down material that was claimed to be infringing.

The indictment raises the absurd claim that the company cost copyright holders more than £320 million in lost revenue – as has been demonstrated consistently, there is no real evidence to support these numbers. According to the industry’s own figures they are posting year-on-year profits, much of which comes from the very digital sector laws such as SOPA threatens. This provocative act comes one day after websites around the globe shut down in protest of two congressional proposals intended to thwart the online piracy of copyrighted movies and TV programmes.

US authorities claim that the timing of this move was in no way designed to coincide with the current popular backlash against excessive ‘anti-piracy’ legislation being pushed in the USA, such as SOPA and PIPA. I see it as a shot across the bows of a growing popular movement.

While the outcome of these indictments is not known, this is clearly a landmark case that SOPA and PIPA would pave the way for sites like Megaupload, which allows users to upload and share files of any type and size.

Read next: High-res images in iBooks 2 are no accident, they're for the iPad 3's Retina display