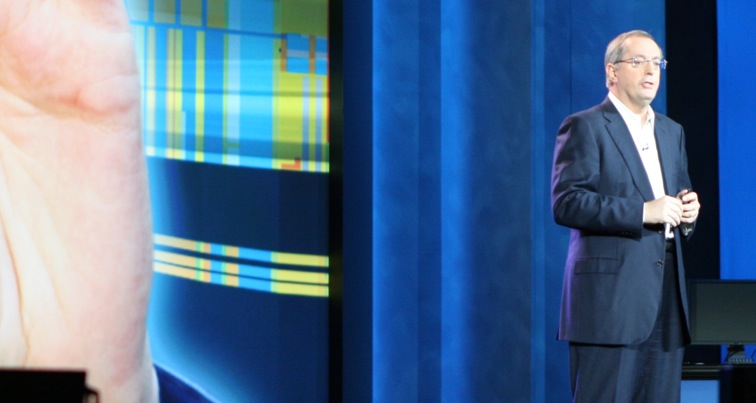 When Intel announced support for Android during its CES keynote, it immediately struck me how potentially huge the deal was. The short version of the story is that Intel is incredibly good at making processors, so Intel CPUs in Android devices will become the default standard in short order.

A recent study from Asymco takes into consideration the PC market as a whole, if tablets are considered PCs. The graph shows stunning, rocketing growth in the tablet market; a market that is owned almost entirely by Apple’s iPad. Over on Daring Fireball, John Gruber takes things a step further as to what this could mean for the industry:

“The graph in question — extreme though Dediu admits it is — should be terrifying to Microsoft and its shareholders. Maybe Intel too.”

I think that he’s probably dead on when it comes to Microsoft, but the “maybe Intel too” portion is a bit of a stretch.

The fact is, barring a complete degradation of sales due to intellectual property issues, Android will continue to grow, and it will do so at a break-neck pace. This isn’t a matter of whether Android or iOS is inherently better, it’s simply a matter of consumer behavior. There are three groups of people who will continue to drive Android and, if my prediction is correct, will drive Intel’s success as a result.

There are enough Apple haters in this world to make Android a viable business by themselves. Now, taking that a step further, there are scores of people who have fallen for the “open versus closed” debate, and they too will prefer Android.

These are the people who aren’t brand loyalists. They’re the ones who buy an original 7-inch Galaxy Tab and then show off their “new iPad” to all of their friends. To them, having a tablet device is fine, no matter who makes it. That aisle in Walgreens where they can get the latest Coby device for $199? You’ll find them there.

When you see Apple vigorously (and sometimes wrongly) defending its patents, it’s because of these people. They’re the same ones who refer to every Android phone as a Droid because “it’s all the same thing anyway”. Worse yet, for Apple, they show off their shiny new Android phone, touting its bargain price and Flash support as to why it was better than the iPhone.

I’m not fool enough to believe that we completely lack people who have made truly educated decisions and still chosen Android. I was one of them for quite some time. But these aren’t the people with whom Apple should concern itself (and it rarely, if ever, does).

For Intel, every one of these groups acts as another brick in its already-firm foundation. Though the PC market may very well be getting a much-needed shake-up from the growing use of tablets, Intel has now locked its talons firmly into the Android ecosystem. If I’m wrong, I’ll eat my words, but I still stand by my belief that Intel chips will become the default Android power plant in the next 12 to 18 months.

The power play right now for Intel is to do what it managed when it made the x86 format tantalizing to Apple over PowerPC. If it can develop a CPU that can out-gun Apple’s current A-series processors, while still providing better battery life, it could make Apple consider Intel chips in future models of its iPad and iPhone devices. At this juncture, the future is wide open for Intel. The company just has to decide how big a piece of the pie it wants.

Read next: Why social may need to keep it simple to survive