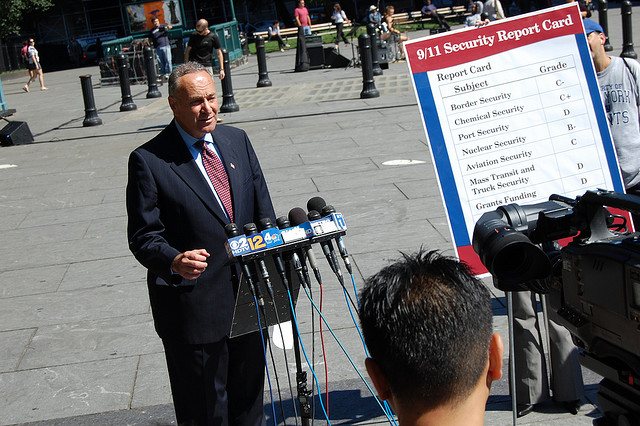 Today, we wrote about a phone call made by New York entrepeneur Amanda Peyton due to her concerns about the proposed PROTECT IP Act (PIPA). She called the office of her local Senator, Chuck Schumer and asked questions about why Schumer was supporting PIPA.

During that call, Peyton claimed to have gotten a shocking response to her question:

The first question I asked was “why does the Senator support this legislation?”

The guy on the other end of the phone said: “well, he’s a co-sponsor so he’s not changing his position.”

He must have known why I was calling.

Asked the same question again. This time the reply I got this time was different: “Senator Schumer is in favor of censoring the Internet.”

Senator Schumer’s representatives reached out to us with a statement denying that the Senator is in favor of censoring the Internet, as Peyton claims she was told on the phone.

Spokesperson Mike Morey had this to say:

It is absurd to suggest that Sen. Schumer, who led the charge against the assault on net neutrality, would support censoring the Internet; he unequivocally does not.

The statement doesn’t call out Amanda Peyton personally, but states that the idea of the Senator supporting censorship on the web is not the case. Either she heard something that wasn’t said, or the person who said it should find other work. I imagine that the phones were ringing off the hook at Schumer’s office today about this.

Read next: Camera+ has made $5.1M to date and sells a copy every 3 seconds