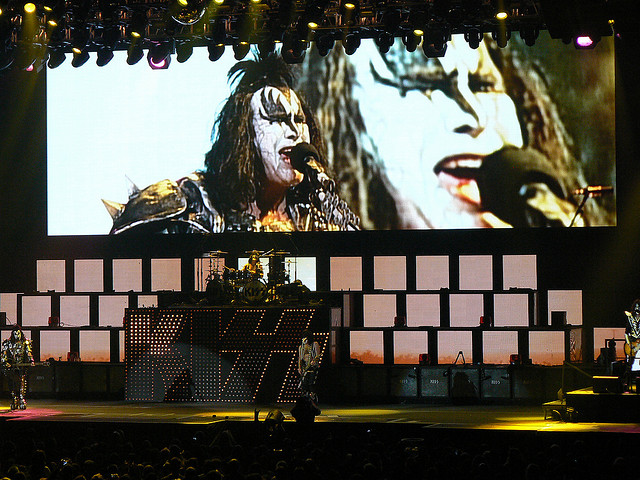 Apparently someone isn’t a fan of the band KISS, or more specifically its most famous member Gene Simmons. The FBI has arrested Kevin George Poe for his 5 day DDoS attack against Simmons back in October 2010.

GeneSimmons.com was the target of the attack that was carried out under the name of the organization ‘Anonymous‘, even using its favorite tool for the attacking. The low orbit ion cannon sends huge amounts of packets over the network confuse and crash the target computer.

Poe was indicted by a federal grand jury in Los Angeles for conspiracy and unauthorized impairment of a protected computer. He could face up to 15 years in a federal prison for the attack.

Whatever Gene Simmons did to this guy, surely it wasn’t worth the potential jail time.

Chief Strategy Office of Corero Network Security, Mike Paquette, had this to say about the attack and indictment:

(the indictment) once again sheds light on the increasing amount of DDoS attacks by criminals and hacktivists that are sometime out for financial gain or just looking to make a political or ideological statement.

I think that Paquette is overestimating Kevin George Poe, as Gene Simmons doesn’t seem like a routine target for “hacktivists”, the last I checked. While some of his face paint in the 80’s may have been mildly offensive, it definitely wasn’t “15 years in federal prison annoying”.