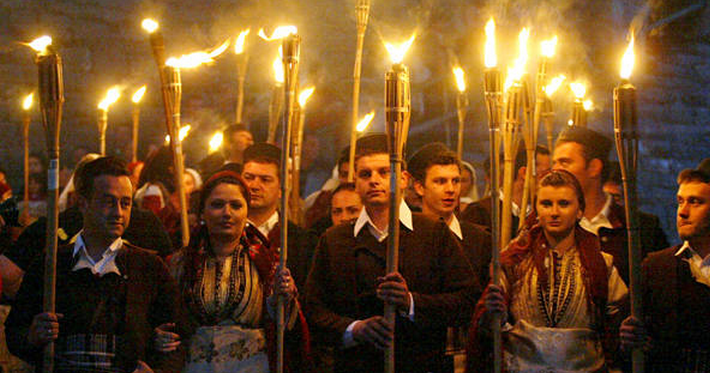 It’s been a very odd day on the Internet, with the likes of Mozilla, 4Chan, Reddit, and Tumblr all making a fuss about a certain piece of unenacted legislation called the Stop Online Piracy Act, or SOPA for short. It’s House Bill number 3261, and it’s become a critical issue over the past few days.

You might not know why that is, and you might not know if you should care. I’m here to tell you what SOPA is, and that you should be alarmed. That such a broken bill has made it to the stage of hearings is an affront to common sense, and also, as I’ll explain in a moment, the very core principles of the Internet. There is a fundamental issue at stake here, and if we are not careful, and loud, we might see the Internet take a turn down a path that could yield dark dividends in the years to come.

I’ll start by arraying the teams before your eyes. On one side, we have monied members of Congress, the Chamber of Commerce, the RIAA, MPAA, and, oddly, the AFL-CIO. Those are just some of the groups pushing for SOPA. Companies and organizations fighting against the legislation include eBay, Human Rights Watch, the ACLU, Facebook, the Electronic Frontier Foundation, AOL, Google, LinkedIn, Mozilla, Wikimedia, Reporters Without Borders, Twitter, Yahoo! and Zynga.

You can already see where this is going.

The core idea behind SOPA, as our own Brad McCarty outlined earlier this month, is not rotten. After all, less piracy and infringement is something that should be viewed from a commercial perspective as a good. However, the ways that SOPA wants to achieve that end, and the power that it grants to the Federal government and judges over the Internet are too extreme to be even slightly palatable. Ars Technica has its usually succinct outline of one of the critical parts of SOPA:

SOPA would require search engines, payment processors, ISPs, and ad networks to block access to “rogue websites” on a judge’s order. While critics have raised serious concerns about how this could affect the Internet’s domain name system, affect free speech, and sweep in a host of legal sites.

SOPA, if enacted, would be the effective end of the ‘safe harbor’ concept that is part of the Digital Millennium Copyright Act (DMCA). And SOPA would grant the government the power to have certain websites added to a DNS blacklist. Yes, a firewall on the same strain as what China has. Just to point out how ridiculous this is, Mashable summarizes the situation well: “Protecting copyright holders may seem like a no-brainer, but some of the bill’s harsh stipulations have caused controversy. For example, posting a video with any kind of copyrighted material could be considered a felony. This includes background music, film clips, clips from national broadcast sports games — even cover songs. ” You must be shaking your head.

A group of more than 100 law professors have produced a combined open letter on the bill, saying that it would ‘break the foundation of the Internet,’ ‘surpess free speech sans notice and a proper hearing,’ and ‘kill innovation by new companies.’

The Spirit Of Open

Those are some of the brass tacks of the SOPA legislation, but we also want to put forward that argument that it is fundamentally contrary to the spirit of the Internet. Brad Burnham, managing parter at Union Square Ventures, does this thought more justice than I could hope to manage:

I have always believed that the entertainment industry’s effort to stop piracy by asking search engines and ISPs to make it more difficult for their users to find pirate sites was the wrong way to solve the problem, but it could never put my finger on why I felt so strongly about it. After all, the entertainment industry argues that they are only targeting the worst pirates and are only asking for help because those pirates are offshore and out of the reach of U.S. authorities.

At a dinner earlier this week, Joi Ito, the head of the Media Lab at MIT described the Internet as a “belief system” and I suddenly understood. The Internet is not just a series of pipes. It’s core architecture embeds an assumption about human nature. The Internet is designed to empower individuals not control them. It assumes that the if individuals are empowered, they will do the right thing the vast majority of the time. Services like eBay, Craigslist, Etsy and AirBnB are built on the assumption that most people are honest. Other services like Tumblr, Twitter, YouTube, WordPress, and Soundcloud assume people will be generous with their ideas, insights and creations. Wikipedia has proven that people will share their knowledge. Companies like Kickstarter show that people will even be generous with their money. This does not mean that there are not bad people out there. All of these companies spend a lot of time and money to battle spam and fraud. The companies are simply betting that there are many more good people than bad. The architecture of the Internet shares this assumption. It could have been designed to prevent bad behavior. Instead its design empowers good behavior.

By flipping the DMCA out the window, and moving to a top down, command and control system of ‘managing’ the Internet (and that is a ridiculous thought), SOPA directly works against how the Internet creates value and gives individuals new capabilities.

SOPA is built from the PRO-IP Act, and the Protect IP Act, and is sometimes known as the E-PARASITE Act. It has real Congressional support. It could pass. We don’t get political here on TNW because we don’t want our beloved The Next Web to lose its way. But just as we had no problem standing up for the Startup Visa Act, we have no issue saying that SOPA is bad law and will harm the Internet. Even more, investors are stating plainly that if SOPA passes, their investment patterns will change. And not in a good way.

I’ve quoted and linked more than usually do in a story of this length, and with reason. I want you to go and read every story being written on SOPA, and become as educated as possible. Start with the Wikipedia page on the bill. Be sure to read Ars Technica’s full rundown of the recent hearing. TechDirt has a simply excellent running commentary of the bill that is a must read. Techmeme has a great roundup of all of today’s coverage of the Act.

Then take that knowledge, come to the best conclusion that you can, and do something. If you end up agreeing with my take, the EFF has tools for you. Get in touch with your Senators and Representatives. This is an issue that requires our attention, and action, and does so now.

A Reddit upvote in this case does not a contribution make.

Update: Alexander Howard’s views on the matter, which you can find here, and here, are well worth reading.

Read next: Google Announces Google Music, Storage and Streaming Free for All up to 20K Songs, Only in U.S. so Far