It was called to our attention the other day that TNW hasn’t really written anything on the subject of the propel known as PROTECT IP (now known as E-PARASITE). The problem is that the subject is very difficult to approach without a huge amount of bias against it, and so I’ve had a difficult time putting into words anything about it.

But that’s a disservice to you, dear readers of TNW. As such, it’s time to delve into the subject. We’re going to pick apart what the act is supposed to do, what it potentially could do and then you’ll have at least some of the data that you need to make an informed decision about it.

If you’re not familiar, with it already, E-PARASITE is formally known as United States Senate Bill S.968. For the sake of not having to hit caps lock every time that I need to reference it, we’re going to call it S.968 going forward. According to the official description of the bill, S.968 is “A bill to prevent online threats to economic creativity and theft of intellectual property, and for other purposes.” Sounds friendly enough, and from that description it would seem to have great merit. But there are many problems that are inherent to the bill and we’ll talk about those in a bit. 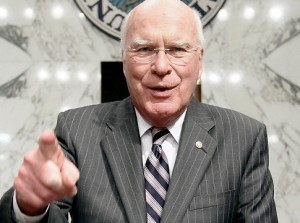 S.968 is, essentially, a re-written version of another bill that was unable to be passed in 2010. The original version, titled the Combating Online Infringement and Counterfeits Act, was also stopped from reaching a vote by Senator Wyden, after he expressed concern that the act reached was a sweeping solution to a very specific problem.

So here we are again, with S.968. The bill has gotten heavy support from various motion picture, music and publishing agencies, but it has seen huge opposition from the Electronic Frontier Foundation, Google, Reporters Without Borders and more.

What It’s Meant To Do

At its heart, S.968 is not a bad bill. It aims to protect holders of intellectual property from those websites which would server no purpose but to infringe upon that property. It doesn’t aim to change existing standards of trademark or copyright law, but rather it only seeks to enable harsher penalties for those who would choose to infringe upon them.

Why, then, should we be concerned? The basic problem with S.968 is in the reach that it gives the government. Beyond that, however, it’s still a macro-scale solution to a micro-scale problem. That is why, once again, Senator Wyden has pushed for its hold prior to reaching the Senate for a vote.

What It Can Do

Here’s where we run into problems – S.968 is so far-reaching that there are ridiculous scenarios which become quite feasible if it is passed into law. For instance, let’s say that your little cousin wants to lip sync the newest Justin Bieber song, while recording a video of the performance, and then upload it to YouTube. Though Bieber himself might have a reasonable stance on this act, the US government doesn’t.

Under S.968 YouTube would then be infringing upon intellectual property. It could then be subject to the actions that could not only force YouTube’s funding to be frozen, but as a worst-case circumstance could see YouTube added to a DNS blacklist, effectively shutting it off from being accessed from within the United States.

Yes, a blacklist. A firewall, if you will. The very thing that the world has spoken out against in reference to Iran, China and elsewhere could be enacted in the United States. While it’s widely been argued that attempting to do so is a fool’s game because it can be easily circumvented, we have to think of those will less technical prowess than ourselves, those who won’t know how to use (or simply wouldn’t trust) methods by which they could go around a DNS block.

There’s also the issue at hand that, if workarounds become widely used, then the standards by which Internet security is presently handled will have to change. When you look at our broken Internet today, realizing the years that it has taken to make it as secure as it is at present, this is a potentially huge problem caused by E-PARASITE. 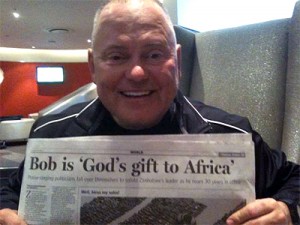 But the bill is being backed by big names, even if these same names would find themselves to fall under the problem. GoDaddy, for instance, has been recently added to the list of supporters for the bill, but looking at the very nature of GoDaddy’s registration business shows the foolhardy nature of its support.

Let’s say that you go to GoDaddy and attempt to register Mazda.com – You’ll quickly see that the domain has been registered and is unavailable. But you’ll also get suggestions for domains that could be readily used to infringe upon Mazda’s business, such as Mazda-Sales.com. In this fashion, GoDaddy is essentially facilitating its customers in the business of infringement, as it is defined and understood within the confines of S.968. When you consider that the body which judges the validity of the infringement is the same body that came up with the bill it’s easy to assume that GoDaddy could be seen as a website that exists solely for this purpose and therefore should be blocked.

Interestingly, GoDaddy is well aware of what it is doing in providing alternate domain names, and it capitalizes upon suggesting that you purchase all domains that coincide with the one that you’ve registered. In fact, it’s so aware of the threat of infringement that if you try to register GoDaddy.com, you’re given a message stating that it’s and invalid search.

Would anyone care to define irony?

But the situations with GoDaddy and YouTube are just two of many potential downfalls. While we are 100% behind the protection of intellectual property, doing so at the cost of Internet freedom is foolhardy.

Again, it goes back to the idea that the bill is trying to drop bombs on a hut in a village, destroying the village as a whole as collateral damage. It’s overpowering and it’s foolishly worded to the point of being dangerous.

So What Can You Do?

There’s a lot that you can do, but you’re unfortunately limited if you’re outside of the United States. To start, you need to find the representatives from your respective state. You can do that by visiting the Senate.gov site. Once you’ve located your Senator, call their office, write to them. Express your feelings about this bill and its wide-reaching potential. Never forget the fact that, regardless of your thoughts about the government, these people are elected by you to work for you in whatever is in your best interest.

There are online petitions, directly to the White House, as well. It’s arguable about whether these petitions do any good in the long term, but they’re another way that you can make your voice heard and that’s important.

Last but not least, educate yourself. Find out more about this bill, its potential reach and what it could mean. I’ve only brushed the surface in this article, because delving in deep is more than what you want to read.

Our Internet is largely a free place and it need to stay that way. Not only for the purpose of free speech, but also to continue to drive innovation, business and entrepreneurship. S.968 can put an end to all of these by effectively blocking off another entire country from participating.

Further reading: How providing uncensored Internet access can be a profitable business model.