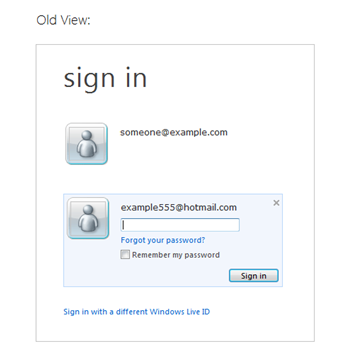 The stage at the DEMO ’11 Conference was the site of many exciting company launches, as well as the reintroduction of some well-known products.

Among the companies creating the most excitement was Gust, a Web-based tool that allows any startup to create a professional investor relations website, and connect with accredited investors around the world. Gust was formerly AngelSoft, with more than a new coat of paint. On Gust, a company can upload all of the publicly-available information about their startup, including product specs, business plan and market opportunities, and then communicate privately with interested investors. There are similarities to popular destinations such as AngelList, where early stage companies and investors can follow each other and mingle, but there is still a lot of value its users can now derive from Gust.

It’s not a match-making site, insists founder David Rose, who resists any attempt to compare the site to a video dating service for early stage startups. Rose sees Gust as a greenfield opportunity to invigorate the global entrepreneurial landscape. By connecting early stage companies and entrepreneurs around the world to investors and investment advice that is not available locally, but is in plentiful supply in Silicon Valley, New York City and other selected locations, Rose hopes to expand opportunities much more democratically.

Rose has personally made investments in 80 companies, including Viddler, Kidzui, Mashery, and Drop.io, which was acquired by Facebook. Rose was named a patriarch of New York’s Silicon Alley by Red Herring magazine, and is today the Chairman of the Board of New York Angels, Inc.

There is no true “marketplace” for early stage companies to get investment, says Rose, because VCs don’t wake up in the morning thinking about what great startups they can invest in. Short of selling their organs on the black market, there’s little the founder of a new company wouldn’t do to get an injection of capital into his enterprise. Where there is access to capital and mentorship, this is already the case, but there are tens if not hundreds of millions of entrepreneurs throughout the developing world who have considerably less access to capital, and less information. Rose says it’s a “Wild West” world, with no transparency, with few benefits for anyone involved.

The technical definition of an accredited investor, is someone who has $1 million or more in assets, not including his or her primary residence, or someone who has made $200,000 in the most recent two years, and has an expectation to do so again, according to the Securities and Exchange Commission. That means there are at least 300,000 angel investors in the U.S., who have made at least one arms-length investment, where the money was not invested in the company of a friend or family member. Worldwide this number is going to swell, at the same time the costs of doing business continue to drop precipitously.

The barriers to entry for creating a Web company are lower than ever. Look at the success of Instagram, a company with seven employees and only one product, a wildly popular photosharing app for the iPhone. Ten years ago there was no iPhone, and no Amazon Web Services, critical components of today’s entrepreneurial infrastructure. It might have cost $20 million or more to get technology to market, with a team 18 engineers working for months. Pond5, a royalty-free image database which is one of Rose’s portfolio companies, has only received $520,000 in funding in its entire history.

And an iPhone app can now be built anywhere in the world over the course of a weekend, deployed and updated rapidly. Imagine what an investment of $5,000 could do for someone working on a mobile app in Indonesia, where the cost of living and wages are much lower than in the West, and where the popularity of smartphones and social networking continues to skyrocket. Rose estimates that there worldwide there are as many as 100 million people could count as potential angel investors, along with 100 million people who are entrepreneurial–whether they’re technical entrepreneurs, social entrepreneurs, or engaged in some other form of small business.

AngelSoft, from which Gust has emerged, is currently being used by 150 venture capital funds, 600 business angel groups and 35,000 accredited angel investors in 65 countries.

Read next: This food allergen detector tells you what's safe to eat