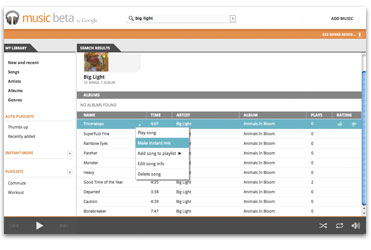 It’s been a long, bumpy road for Yahoo CEO Carol Bartz. Earning no friends along her journey to bring definition and success back to Yahoo, the 63 year-old leader has finally hit the end of her days at the company, according to All Things Digital.

Bartz joined Yahoo in January of 2009, after a long career at Autodesk. In her tenure, she has become known for her gruff attitude and sweeping statements, such as her October 2010 question of “Do I look like a wimp? I am here to stay.”

Yahoo has had a struggle in defining itself. The once-leading search and content portal has, in recent years, tried to become a source for everything, while not necessarily doing anything spectacularly well. Bartz, interviewed in 2010, stated that “Yahoo stands for a lot, it stands for fun.” Unfortunately, even then she was unable to say specifically what Yahoo is, as a property:

“First of all, I believe that when people come to Yahoo, they know they’re coming to Yahoo and why. It’s our job to bring them more and more relevant information.”

Yahoo’s investors have been unhappy with the company’s direction, and with Bartz’s leading of it, for quite some time. There is now talk of a number of different ways that Yahoo could go as a company, including taking it private or splitting it into different companies entirely.

Reports are swirling that co-founder and one-time CEO Jerry Yang has become more active in the daily operations at Yahoo, and board chairman Roy Bostock has joined forces with Yang as well. Pressure has mounted over the past months as Yahoo’s stock prices have plummeted, though they do show a sharp rise in after-hours trading, perhaps on the news of Bartz’s removal as CEO.

Bartz has reportedly confirmed the firing via an email to her former co-workers, as reported by TechCrunch:

To all,
I am very sad to tell you that I’ve just been fired over the phone by Yahoo’s Chairman of the Board. It has been my pleasure to work with all of you and I wish you only the best going forward.
Carol
Sent from my iPad

The move is part of a larger restructuring at Yahoo, according to a press release that details a “leadership reorganization”.

The Board has also named key senior Yahoo! executives to a newly formed Executive Leadership Council tasked with supporting Morse in managing the Company’s day-to-day operations until a permanent chief executive is appointed, as well as supporting a comprehensive strategic review that the Board has initiated to position the Company for future growth.

The release states that Yahoo is convening a search for a permanent CEO, and will be utilizing an executive search firm to find candidates.

The tragedy of the news is that it is perhaps 18 months too long in the making. Bartz has had Yahoo on a slash-and-burn series of tactics during her 30-month tenure, but nothing seems to have stopped the downward spiral. I might be hasty in saying that a 12-month experiment with Bartz at the helm would have been long enough to see whether or not it was going to work, but obviously waiting over 2 years was not the solution to the problem.

Read next: Grub With Us announces new charity meal for hungry entrepreneurs