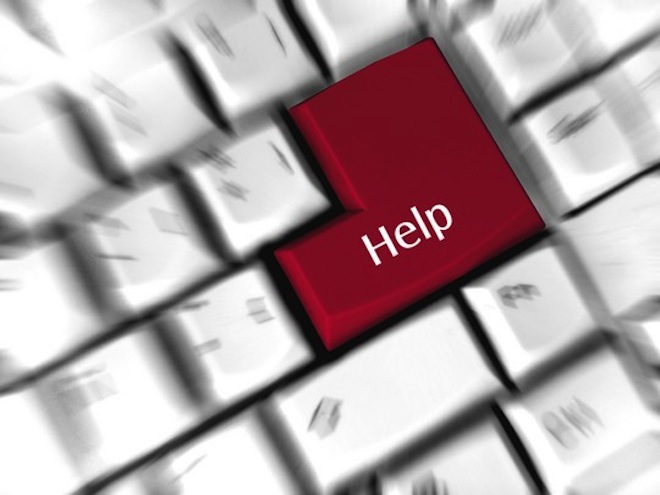 When you’re talking about taking care of customers, there’s probably no one person who is more vocal and visible about that subject than Gary Vaynerchuk. It shouldn’t have been much of a surprise then to see Gary V himself talking via a recorded video about how Help Scout was an incredible product. It was Boston TechStars Demo Day and that simply wasn’t expected.

You see, Help Scout has some strong beliefs and it holds to them rabidly. From how the founders see the process of raising money to what they believe about customer service and every step in between, Help Scout is a breath of fresh air in our sometimes-stale world. Apparently, with an appearance from Vaynerchuk, I’m not the only one who believes this.

I had done a short video with Nick Francis, CEO of the Help Scout parent company called Brightwurks, while I was in Boston. What I realized, though, was that there was something about Help Scout that was deserving of far more than what a pitch video could convey. Fortunately, Francis presently lives about 5 minutes from my own house, so we met to have a coffee and talk shop.

I first asked Francis to tell me the story behind Help Scout. But in order for that to make sense, you need to know what it is so here’s the Cliff’s Notes version. I’ll do a full review of the service in a couple of weeks on TNW Apps, after I’ve had more of a chance to use it.

Help Scout is, at its highest level, a customer service platform for companies that do communication on the Internet. As it stands, it’s very difficult to keep track of a single (or even multiple) contact email addresses when it is done by more than one person. So Help Scout will take that email, assign it as a ticket number and then allow you to treat it as you would within any other sort of ticket-based help desk system.

But instead of just leaving well enough alone, Help Scout is taking things a step further. It has a full line of social context information (akin to Rainmaker results) and it also gathers data about previous conversations that you’ve had with your customers so that you can apply all of that information without having to dig through archived emails. In short, it turns a simple email into a fully-featured customer service and retention platform. But because it does so on such an undefined, wide scale, it’s suitable to numerous uses that go beyond its initial intent.

Francis tells me that it was really born as a matter of pain relief for Brightwurks to use internally when handling customer support for its products and companies. After Francis graduated college with a degree is Music Business, he quickly found “computers to be much easier to manage than people.”

“I’ve always been a geek. I could work my ass off and not really make a good living for myself in music business or I could do something that I loved. I just wanted to learn how to build websites, so I did.”

Francis found himself partnered with long-time friends Denny Swindle and Jared McDaniel, building websites together for small, medium and large businesses under the name Project83.

“We built websites for five and a half years. We built everything under the sun. We just killed it and refined our chops, all the while being students of startups. We knew that we were going to build products together.”

And build products they did. The group founded Feed My Inbox in September of 2008, quickly gathering over 175,000 users and making money from something that they built “for fun“. As the three continued to work on both Project83 and Feed My Inbox, they realized that they had a communications problem.

Francis touts the team’s passion for customer service and a great product experience. When you’re running three companies with just three people, trying to keep that experience as great as possible gets increasingly difficult. “We were super inspired by what 37 Signals was doing,” says Francis. The three knew that email could be more powerful than it already was and so they set to work creating what would eventually become Help Scout.

“They [37 Signals] were bootstrapping. They did it the right way and they built a great business for themselves. In the end, Project83 wasn’t profiable enough to sustain us working half of our time on an application [Help Scout]. One night, about nine o’clock, I bought Do More Faster and I read it all. I stayed up until 3 AM.”

After reading the book, Francis reached out to TechStars CEO David Cohen. “He’s been incredibly supportive. We applied to TechStars in New York and made the top 25, but [David] Tisch said no. But he referred us to Boston. We met [Boston TechStars Director] Katie [Rae] and immediately hit it off.”

The company graduated TechStars only a few weeks ago and Francis has returned to his Nashville home, but only momentarily. “We’re in the process of closing $365,000 of our initial $400,000 in funding, but we can raise up to $600,000 so I’m headed back to Boston soon to finish the funding.” Finishing will be a relief, to the team, says Francis. “We’re product guys, through and through. It will be great to be working on our product again.”

That approach is part of what sets the company apart. Francis says that he has met with Sequoia Capital and that “they were surprised that we didn’t want to raise millions.” He states that the company is not ready for that sort of money and makes it very clear that “we build companies to make money, not to take money.” In fact, there is no venture funding in the existing $400,000 round. It is  a partnership of 15 Angel investors.

“I go to bed every night with that on my mind. When you think about [the money from] 15 incredibly powerful people, I don’t think I’m ready to handle VC-level funding yet. Let’s see where the product goes. By keeping it broad and open, it allows us to be really flexible [with how people use Help Scout].”

It has taken six years for Help Scout to come to the point of even taking the initial $400,000. The company “watches every dime to see how far we can make it go. I’ve never felt it my heart – in my gut – I’ve never felt right about taking money unless I know that I can make a great return on it. I really believe in the bootstrap mentality. Just make it viable. At some point, though, we had to put food on the table so we had to raise the money. But we’re raising less than everyone in our TechStars class and we’re proud of that.”

“If that means that we move slower, if it means we take a more organic approach, then that’s what we’ll do instead of spending 200k in the first year experimenting and failing.” It’s an approach that I’ve seen before, from Nashville and Omaha startups. It’s that carefully-planned, one-customer-at-a-time business model that you find in entrepreneurs who are not necessarily risk-averse, but they are simply careful with the money.

I asked Francis if he thinks that it’s the same mentality that I describe in my piece about why there aren’t yet 20 Nashville startups about which you need to hear, and he agrees. But in agreeing, he also brings about a great point. When you ask the team why they’re packing up shop and shipping up to Boston, it’s a two-part story. One part talks about having spent the past three months in the city and making great connections.

The other part? It’s the harsh reality that so many people find between the coasts —

“I don’t care if we built the best product in the world, staying in Nashville, it wasn’t possible to raise that kind of money. The community isn’t here for that yet.”

We talk a bit about JumpStart Foundry and the growing entrepreneurial culture in my beloved city and then we part ways. Francis promises to keep in touch, updating us here at TNW as new and better features of Help Scout become available, some in as little as the next 60 days. Until that point, I’ll be running Help Scout because I’ve seen it and I already know that it’s impressive. If you’re passionate about your customers, the ones who keep your business alive, then you should too.

Read next: How social media can kill a brand in days