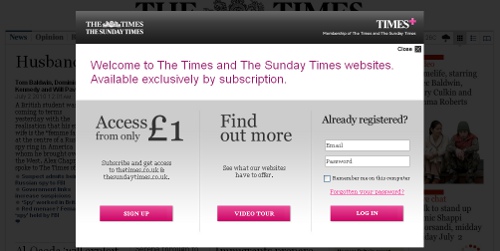 If you’ve been online for long enough, you probably have used and even grew to love the wealth of discussion forums — called ‘newsgroups’ — that Usenet offered us.

Of course, in the last decade of Usenet’s life, it became increasingly emaciated and diseases, robbing many of us of those fond memories. Legitimate users flocked to newer mediums and all that was left was the infectious spam.

But before that, and before the rise of the browser forum, heck, before even the popularity of eGroups.com (which we’ve known for ten years now as Yahoo! Groups), Usenet newsgroups were home to the Internet’s most vibrant discussions.

We’ve all called Usenet dead many times over the last decade, but it wasn’t until May, 2010 that we could truly say that the death certificate had been signed and the corpse buried.

Duke University was the place where Usenet began over 30 years ago, created by graduate students Tom Truscott and Jim Ellis in 1979, forming one of the “earliest pieces of Internet history” as Duke puts it.

On the 20th of May 2010 they pulled the plug on their Usenet server, something that one can only imagine was a far cry from the gargantuan machine that connected the world well before the Internet was a household utility.

With the birthplace of Usenet having taken their server down, one could finally say that Usenet is truly, not just figuratively, dead.

As with our own dead, we can still visit the headstone. Google Groups will continue to hold archives for a vast number of newsgroups.

In June 2010, Microsoft announced it was phasing out its own newsgroups.

I haven’t been to a newsgroup in nearly ten years, but I wonder if the solutions we’ve moved on to are really much better for facilitating discussions. Sure, we’ve got better social features than ever before, fancy location-based apps, and decentralization (it was a pain waiting for my ISP’s rather inadequate Usenet server to fetch updates from other servers), nothing quite matches the format for good old fashioned talk.

Twitter is, for this function, far too truncated. Facebook isn’t much better. Blog comment sections only provide a forum to discuss the topic the blogger has posted about. Web forums just aren’t as snappy and responsive as running Usenet in a client (mine was Outlook Express, during my long exodus from the Mac).

Maybe I’m just showing my nostalgia and I’ve never properly adapted to post-Usenet technology, but we need to see a big change in forum software before we’ll see a real replacement for this long-abandoned platform, at least in my mind.

Self-hosted forum software packages like phpBB and bbPress need to adopt a consistent API so that users can read and participate in multiple forums through a client, much like I did with Usenet in Outlook Express and we all do with Twitter using TweetDeck or HootSuite, would be a good start.

Replacing those old, clunky forum interfaces with something snappier — something that takes advantage of real-time technology as Facebook and Twitter do — is a next step.

Or is it the format of those threaded discussions themselves that’s no longer relevant? You tell me in the comments.