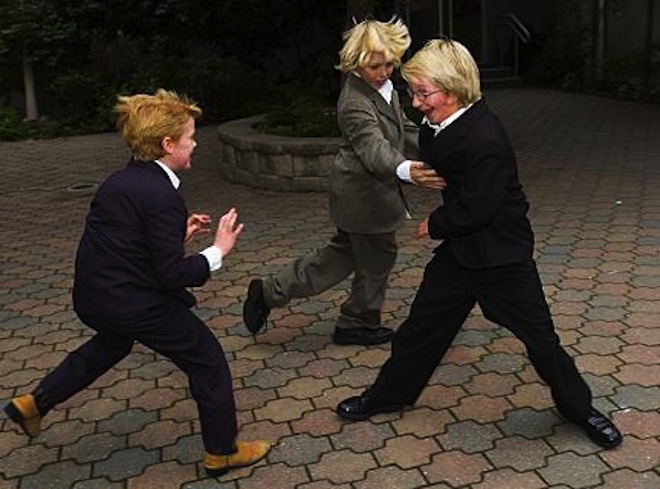 It’s 2004 and the idea of social networks is all the rage. MySpace is cemented, Friendster is doing well and a number of other networks have all found their niche. Greg Tseng has an idea: Build a social network that is specifically for teens, and make security the highest priority. The site, known as Tagged, takes off but then Facebook happens.

While Tagged was doing well for itself — in part of 2007, it was adding more users per day than MySpace — Facebook was quickly becoming the network that everyone wanted to be a part of. It was time for Tseng to step back and take stock. According to an interview that TNW had with Tseng this past Friday, the question was this:

What do users want? What do they think of Tagged?

This is when Tseng had what has come to be known as an ah-hah moment. The idea wasn’t to take on Facebook. Rather, Tagged could be its own type of network and bypass Facebook’s realm entirely. While Facebook was already solidfying itself as the best place to network with people that you already knew, Tagged found out that nearly 3/4 of its members were using Tagged to meet new people.

They were meeting for dating, meeting for social games and meeting for common interests. Clearly, focusing on the meeting new people aspect was the direction that Tseng and his team needed to go.

Shortly after launch, Tagged opened its doors to members of all ages, yet the protection for those under 18 remained. Combined with the site’s new ability to see itself for what it truly was, the years that followed have seen solid, steady growth and sizable profitability.

Tagged has, over time, added some similar features to Facebook. There are, as mentioned previously, social games on the site. There’s a virtual currency for the games as well as gifts and the revenue numbers are a near even split between features and advertising.

Taking a look back at 2010, Tagged has put together the hard facts about its membership, its active users and of course about its money. The site has grown to over 100 million registered users (Tseng states that there are nearly 12 million of these active on any given month) and touts over 5 billion monthly page views. Profitable since 2007, it states $32 million in total revenue for 2010 with its subscription revenue up 50-percent over 2009.

The site operates in 220 countries, over 18 languages. There are over 100 million new friend connections made each month. Speaking to Tseng, there’s an obvious sense of pride and accomplishment to what Tagged has become, and there’s no wondering why.

I owe an incredible 2010 to a talented team, our dedication to trying new things, and most importantly listening to our members to help create the best environment for social discovery.

I asked Tseng what was next for Tagged and he was quick to answer that expansion was key. In an Internet full of social networks that people have forgotten,Tagged has managed to keep itself happily afloat. In order for that to continue, Tseng understands that Tagged needs the staff and an aggressive push for more users.

Tagged seems to be a prime example of the good that can come from losing a battle. With more features to come in the near future and a strong push toward more visibility, we’re sure to hear about Tagged again very soon.

Read next: Egypt's Protesters Missing In Action Need Your Help