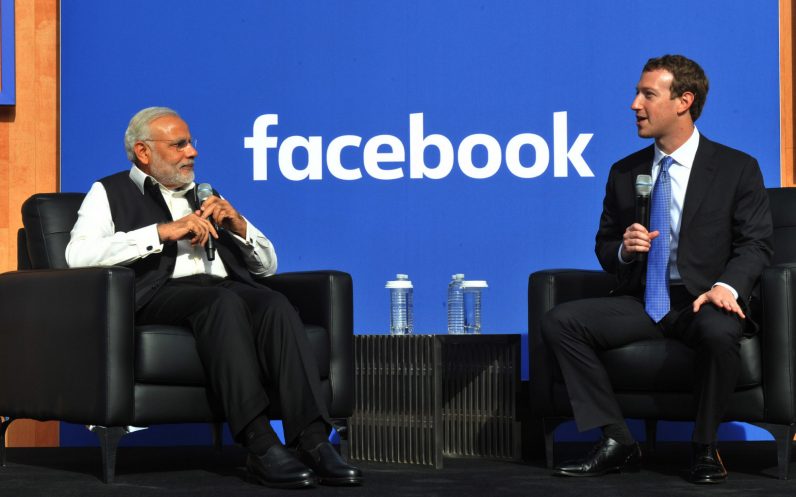 Update (31/08/2020): A new report from the Wall Street Journal suggested that just before Narendra Modi won the 2014 national elections, Ankhi Das wrote a post in an internal Facebook group saying, “We lit a fire to his social media campaign and the rest is of course history.”

Additionally, in a separate post, Das wrote, “It’s taken thirty years of grassroots work to rid India of state socialism finally,” pointing towards the defeat of the Indian National Congress (INC).  Some Facebook employees told WSJ that these posts were against the neutral values of the company.

In response, a Facebook spokesperson told the publication that these posts were taken out of context and don’t represent the company’s effort to support the use of the social network by all parties across the political spectrum.

Since last week, Facebook India‘s director of policy, Ankhi Das, has been under the spotlight for her role in taking moderation decisions that favored the ruling Bhartiya Janta Party (BJP).

A report by the Wall Street Journal (WSJ) published last Friday suggested that on multiple instances, Das overruled the moderation team’s decision to remove certain violence-inciting communal posts by BJP‘s leaders on the social network. According to the report, Facebook didn’t block several posts from BJP leaders that spoke against Rohingya Muslim community, and also blamed Muslims at large for spreading “Corona Jihad.”

After this report, leaders from opposition Indian National Congress, including former party president Rahul Gandhi, and the head of the parliamentary panel on IT, Shashi Tharoor, criticized Facebook on Twitter.

. The Parliamentary Standing Committee on Information Technology would certainly wish to hear from @Facebook about these reports & what they propose to do about hate-speech in India.

In response, BJP’s national head for information and technology, Amit Malaviya retorted by saying Facebook often prefers to side with left-leaning posts and users and suppresses conservative voices.

Losers who cannot influence people even in their own party keep cribbing that the entire world is controlled by BJP & RSS.

You were caught red-handed in alliance with Cambridge Analytica & Facebook to weaponise data before the elections & now have the gall to question us? https://t.co/NloUF2WZVY

Between all this, Das faced severe criticism, with several reports highlighting her ties with the Modi campaign came to the fore. A Newsclick report from 2018 noted that Das worked closely with Modi before the 2014 general elections and even published an op-ed about the Prime Minister’s successful campaign on Facebook.

A report from the Guardian in 2016 noted that Das “never said no” to any information Modi’s campaign wanted. Journalist Awesh Tiwari, also wrote a lengthy post on Facebook in Hindi scrutinizing the policy chief’s role.

On Monday, Das filed a complaint against a lot of social media users, including Tiwari, to the Delhi Cyber Cell, accusing them of making “violent threats against my life and body through online posting/publishing of content”. Later, the Committee to Protect Journalists (CPJ) asked Das to withdraw the complaint against Tiwari and respect a citizen’s right to criticize.

Yesterday, Reuters reported that Facebook India’s employees are questioning the company’s policy after this controversy. The report notes that more than 11 workers wrote to senior leadership to acknowledge and denounce “anti-Muslim bigotry” and make robust policy changes. Plus, the letter demanded to make the policy decision-making team within the company more diverse.

Facebook has been constantly under pressure in the US for displaying bias for both sides of the aisle. Now, the company’s caught in a similar crossfire between party lines in India’s complex political landscape. India is the company’s largest userbase with more than 300 million users on the platform. Facebook’s subsidiaries also have a massive reach in the country with WhatsApp serving more than 400 million people and Instagram serving more than 165 million people.

The company’s been extremely selective to ban content on its platform. For instance, it only recently banned controversial dutch character ‘Zwarte Piet’ and posts on conversion therapy. In the US, while Twitter banned several posts from US President Donald Trump, Facebook decided to keep them up.

Zuckerberg & co. will have to face a different challenge in India, where religion plays a major role, and communal riots have taken lives of thousands of people in the past. But as political pressure mounts, it might have to form a more robust policy that tackles racial and communal posts on the platform.

While Tharoor has summoned the company to question it on its hate speech rules, the conservative members of the Parliamentary IT panel have said that the chairman has broken the rules of the committee. The legality of the summon is under discussion, but the social network may have to appear in front of it at some point and should expect some grilling from both sides.

Read next: Google admits its Android Auto assistant is a little, umm, slow