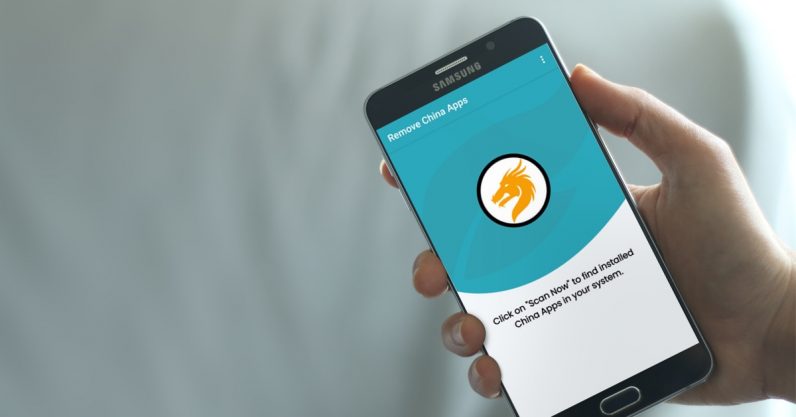 Update (03/06/2020): Google has now removed the app from the Play Store as it violated the company’s Deceptive Behaviour policy.

In the past few days, a new app named “Remove China Apps” has risen to the top position on the Google Play Store in India. As per the Play Store numbers, it has been downloaded more than 5 million times. While the app has been cashing on anti-China sentiment, there’s a problem — it does not work as intended.

I Installed it on my Xiaomi Redmi Note 9 Pro Max, and it only detected six “China Apps” — leaving out plenty of pre-installed Xiaomi apps, ByteDance’s music app Resso, and Tencent’s popular PUBG Mobile battle royale game. It’s not clear what parameter this app looks at to determine if the app is “Chinese.”

The app is developed by an unknown Indian company named OneTouch AppLabs. And on its site, the firm says, “Detecting the country of origin is based on the market research but we do not guarantee any correct/wrong information.”

In the past few weeks, a pretty strong anti-China sentiment has swept the Indian internet. It started with the beef between YouTube and TikTok stars in India last month. Later, users found a bunch of problematic videos on TikTok that encouraged misogyny, homophobia, racism, and domestic violence.

Then a bunch of people began a campaign that demanded the ban of the Bytedance-owned app in the country, and rated the app one star on the Play Store. Google later removed millions of reviews and restored the ratings.

Last week, renowned engineer and educator Sonam Wangchuk appealed Indians to boycott Chinese products amid tension between countries at the border. That has set course for many people uninstalling apps, such as TikTok, that originated in China. This trend has propelled anti-China apps as Remove China Apps — but even if you install it, you’ll find it’s pretty much useless.

Read next: The right side hustle could turn into your financial saving grace. This training can get you started