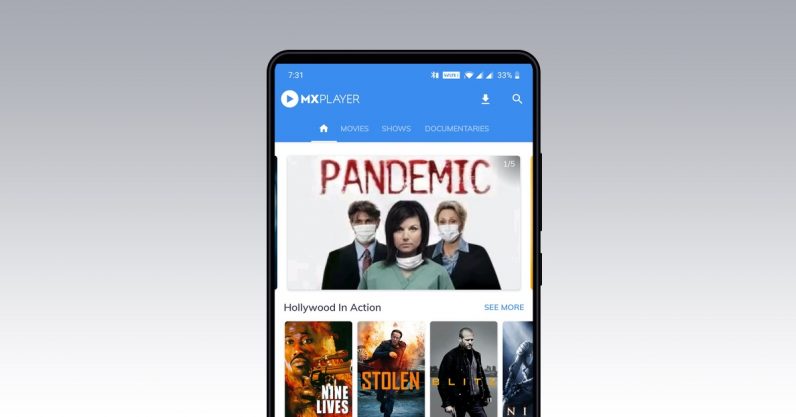 India‘s largest video streaming service, MX Player, has expanded its content offerings in seven new countries including the US, Canada, and the UK. The app, which gained popularity as a local media player first, has more than 275 million monthly active users across the world.

The platform will be free to watch with ads to support the streaming; there’s no premium tier to get rid of the ads at the moment.

The company, said it has more than 20,000 hours of license content from largely India-focused studios such as Sonar, Hoichoi, Shemaroo, and Hungama. The streaming service said it has also inked deals with some of the local studios in the US, UK, and other countries such as FilmRise, Sonar Ent, and Screen Media.

MX Player’s CEO, Karan Bedi, said the new international expansion is to serve video streaming to 100 million users, who are already using the app as an on-device player:

At MX Player, we are trusted by over 100 million users every month across South East Asia, Middle East, United States and the United Kingdom for their daily entertainment needs. Our vision is to build the most comprehensive entertainment platform that hosts digital-first stories that appeal not only to the eclectic tastes of viewers in the region.

As per a report by research firm App Annie, last year, MX Player was the leading video streaming service in India followed by Hotstar and Netflix.

While South Asian diaspora might be attracted to this offering instantly, we’ll have to wait and see if MXPlayer can gain popularity as a streaming service amongst western users who are spoiled for choices when it comes to online video content.

Read next: This school teacher is using VR to teach maths in Half Life: Alyx