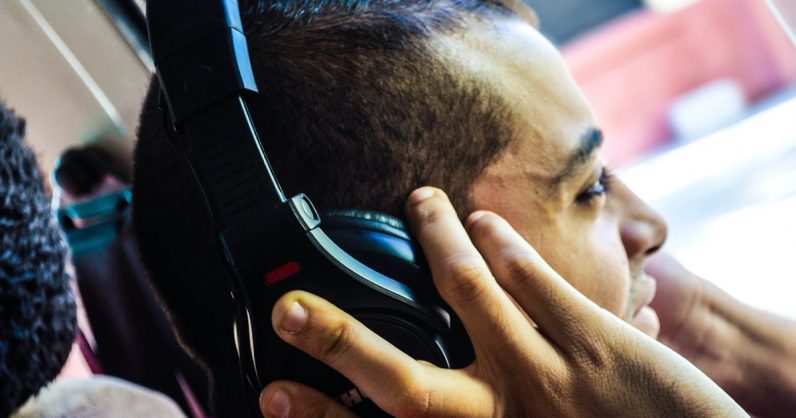 India, a country where people have traditionally relied on radio and television to listen to music, now has over 200 million listeners using music streaming services.

Blaise Fernandes, CEO, Indian Music Industry (IMI), a body that represents record labels in the country, told TNW in that there are 200 million unique subscribers of these apps. That figure will be closer to 250 million, if you count overlapping users’ accounts separately.

While global players such as Spotify and Apple Music are trying to find their footing in the market, local players have already attracted millions of users with sizeable catalogs of Bollywood soundtracks, spiritual music, and regional favorites.

Gaana, a decade-old music streaming service from India owned by Times Internet, recently became the first music service to the mark of over 150 million monthly active users in the country. Gaana’s closest rival, JioSaavn, has more than 100 million active users in India. Being active in the country have also allowed these services to acquire music rights from different music labels easily, compared to its global rivals.

Both these services have been around in the country for over a decade. However, it was only after the introduction of Reliance’s Jio SIM in 2016 — which caused mobile data prices to drop drastically — that these apps started gaining users rapidly. That growth has attracted global players such as YouTube Music, Amazon Prime Music, and Spotify in the past couple of years.

Spotify, which launched its service last year, said it got to a two million user mark in a month. However, the company hasn’t revealed any number since then that. But according to SimilarWeb, a web analytics firm, told TNW that Spotify has nearly 10 million monthly active users of the service.

Globally, Spotify has 271 million monthly users. I won’t be surprised if locals players Gaana and JioSaavn surpass that figure in a couple of years given India has more than 627 million internet users.

Despite impressive numbers, there are very few people who are ready to pay for music or content in India. These apps offer their full catalogs to people for consumption with an ad or two after a few songs. The draw of free tracks is huge across the country, and ads are a small price to pay for that privilege. That’s probably why YouTube’s most popular channel is India’s Bollywood music label, T-series.

Times Internet’s CEO, Gautam Sinha, told TNW that Gaana has more than 2 million paid subscribers of its premium service, Gaana+. The subscription offers ad-free music and the ability to download songs for offline consumption at ₹99 ($1.39) per month.

While its competitors JioSaavn, YouTube Music, and Apple music offer their premium tier at the same price, Spotify charges ₹119 per month ($1.67).

Last December, Bloomberg reported YouTube had 800,000 paying subscribers in the country for its premium service, which includes ad-free YouTube videos and YouTube Music both for ₹125 ($1.76) per month. The report also noted that Spotify had less than 800.000 premium subscribers in India.

In small towns of India, there are still shops that offer to load music and videos to their phones for a nominal fee. Plus, easier to get pirated songs in MP3 format from friends through file-sharing apps.

Most of these apps are in a land grab mode. Right now, their focus is to increase their monthly userbase — then they’ll concentrate on getting subscription numbers up. Apart from that, there are two main reasons why not many people have migrated to the paid model: lack of credit card penetration and slower-than-anticipated migration from pirated apps or services to the legit ones.

Indian Music Industry (IMI), a body that represents record labels in the country, published a report last year stating 67 percent of people in India still listen to pirated music — which is much higher than the global average of 27 percent. The report also noted that if people are not consuming pirated music, they mostly turn to radio stations or YouTube to listen to songs.

The study also suggests paid subscriptions ($42.32 million) were a large part of the total streaming revenue of $109 million in the calendar year. While this number also takes into account bundled subscriptions such as Amazon Prime Music, the potential is quite large with the ever-growing demand of streaming content.

“With smartphone userbase expected to touch 829 million by 2022, we can hypothetically expect that the music streaming industry’s revenues will cross the $190 million mark,” Fernandes said. Given the figure of more than 627 million internet users, this seems quite plausible in the near future.