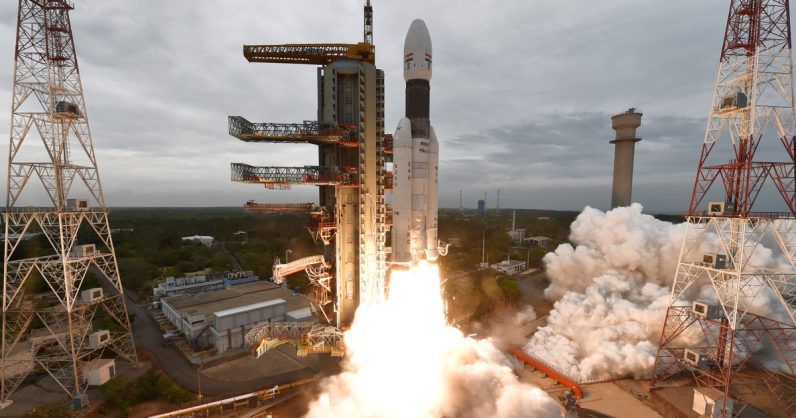 On Saturday, at 1.35AM IST (Friday 4.05 EST/ 9.05 CET), India’s Chandrayaan-2 began its descent towards the moon’s surface. There was palpable excitement among the scientists at Indian Space Research Organisation (ISRO), the country’s government-run space agency – and among millions following live streams on their TVs and devices at home.

However, minutes later, everything turned grim, and the space agency’s director, K Sivan, went to Prime Minister Narendra Modi to deliver the bad news: ISRO had lost contact with the Vikram lander when it was just 2.1 km away from the lunar surface.

This is Mission Control Centre. #VikramLander descent was as planned and normal performance was observed up to an altitude of 2.1 km. Subsequently, communication from Lander to the ground stations was lost. Data is being analyzed.#ISRO

There was no clarity as to if the lander had crashed; ISRO said at the time the data was being analyzed.

It was a sorrowful conclusion to an incredibly challenging mission. Modi addressed the nation from the control center the next morning, and congratulated ISRO’s team for all the hard work.

India is proud of our scientists! They’ve given their best and have always made India proud. These are moments to be courageous, and courageous we will be!

Chairman @isro gave updates on Chandrayaan-2. We remain hopeful and will continue working hard on our space programme.

On Sunday, Sivan said the space agency managed to locate the lander through images provided by the orbiter and it was trying to establish a link with it. He added that while it was not clear if the lander crashed, it must have been a hard landing – as opposed to the originally planned soft landing.

In the coming days, it will become increasingly difficult to establish communication with the lander. However, the mission is not over yet as the orbiter is fully functional and it’ll observe the lunar surface for at least a year, studying the exosphere of the moon.

With that, India narrowly missed its chance to join the US, Russia, and China on the exclusive list of countries that have managed to perform a soft landing on the moon. But, the mission is still a big achievement given it just spent Rs. 1,000 crores ($145.9 million) to come this far. We can certainly expect great things from the agency in the future.