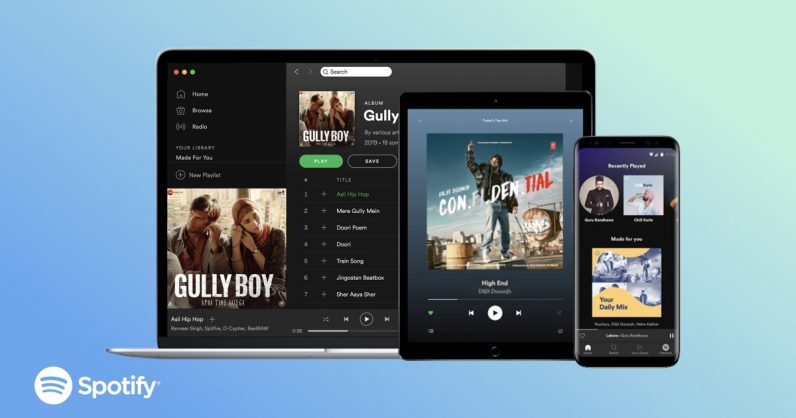 After an excruciatingly long wait, music streaming service Spotify has finally launched in India. As we noted last night, the company silently rolled out premium plans for the country priced at Rs 119 ($1.67) per month. The service is available on Android, iOS, and the web.

The company said that for India, people using the free tier can play any song on demand, while people in other countries can only listen to songs on shuffle in the free mode. Additionally, it has built multilingual recommendations and specially curated playlists for listeners in the country. The streaming service is also offering a 30-day free trial of its premium service.

“As Spotify grows, our goal is to bring millions of artists and billions of fans together from every country and background,” says Daniel Ek, Spotify’s founder and CEO. “India has an incredibly rich music culture, and to best serve this market, we’re launching a custom-built experience. Not only will Spotify bring Indian artists to the world, we will also bring the world’s music to fans across India,” he added.

You can visit Spotify‘s site, or download its iOS or Android app to subscribe to the service.

It’s worth noting that while we were kicking the tires on Spotify in India, we found songs from some popular artists like Linkin Park and Ed Sheeran were missing; this might be because of Spotify’s ongoing tiff with Warner Bros Music over distribution contracts for India. It’s likely that the issue will soon be resolved, but until then, you might want to hold off on discontinuing your other streaming service.

With that, Spotify is now set to compete in a fast-growing market that already has some 150 million users of streaming music services, including Apple Music, Google Play Music, and local carrier-supported players like Airtel Wynk and JioSaavn. There are other incumbents to worry about as well, like Gaana and Hungama. Spotify will have to pull out all the stops to cut through the noise and make an impact in the country, and it’ll be interesting to follow its efforts to draw in fans across India in the coming months.

Read next: Watch Equifax' CEO get schooled in a congressional hearing about his company's massive data breach