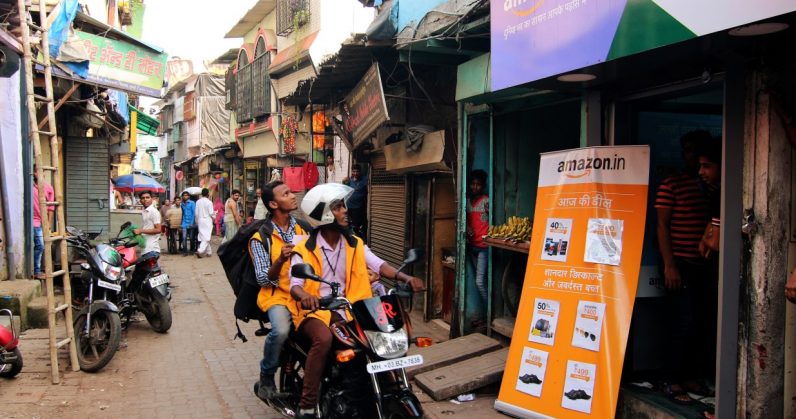 With a view to make Amazon the ultimate shopping destination for the next 100 million Indians, the company has launched a Hindi website.  Hindi is one of the two official languages spoken in India. A census report from 2011 suggests that nearly 44 percent of the Indians speak the language.

To change the displayed language, you’ll need to head to the top left menu and select your preferred language. Once that’s sorted, you’ll be able to see account details, order information, product description, payments, discounts, and deals in Hindi.

In 2017, Amazon rolled out an option to switch to the Spanish language on its US site. Last month Amazon had launched a skill named Cleo, to help Alexa learn regional Indian languages.

A recent study from Google, Bain & Company and Omidyar Networks suggests that out of 390 million Indian Internet users, only 40 percent perform online transactions. It also indicates that the lack of content in the regional language prevents people from coming online. Strong growth in smartphone sales and a growing number of Internet users provide a massive opportunity for major retailers such as Amazon and Walmart-owned Flipkart. The ecommerce giant claims that it has 150 million registered users in India.

A report from KPMG and Google says that by 2021 the estimated number of Indian language Internet users will reach a massive 534 million. Going by that number, a website in Hindi is a smart move by Amazon. A New York Times report suggests that the company is also planning similar rollouts across languages such as Bengali, Tamil, Kannada, and Telugu.

At the moment, the Hindi experience is available only on the mobile website and Android app (there’s no word on the desktop or iOS version).

Other tech giants are also trying to woo the regional audience to get online using their tools. Google already has multiple language support for many of its services such as search, maps, and mail. The company also announced recently that it is working with news publishers of vernacular languages to bring their content online. Microsoft allows email addresses in Indic languages.