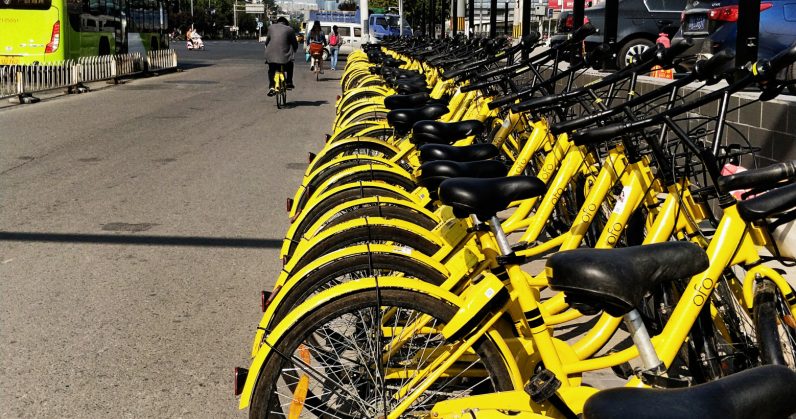 Update (2:23PM, January, 15, 2018): Ofo has confirmed in a press release that it’s launching its service across seven Indian cities: Indore, Ahmedabad, Bangalore, Delhi, Pune, Coimbatore, and Chennai. The company noted that it will be supported by Paytm to enable mobile payments for renting out bikes.

Our original story from earlier in the day follows.

The Beijing-based firm is expected to make its bikes available in major cities like Bangalore, Chennai, Indore, Ahmedabad, and Pune; it’s already signed an MoU with the Pune Municipal Corporation last week. With that, Ofo will add to its long list of more than 250 cities in which it operates across 20 countries. The company, which counts Alibaba among its shareholders, claims to have more than 200 million users worldwide.

According to the Times of India, Ofo has already begun operations in smaller cities in the country, like Indore. The move to partner with Paytm – hinted at by the payment company’s CEO Vijay Shekhar Sharma in a recent tweet – should help it expand to reach more people as it branches out to larger metros.

We are brightening India one dockless yellow bike at a time! ✨

Spot an ofo? Download the app and begin riding today!

At the end of last November, Paytm claimed to have 280 million registered users, and 5 million merchants on board. With plenty of people using the service to pay for purchases and transfer money to contacts with digital wallets, it makes sense for Ofo to want to join forces and tap into a large user base that’s already spending cash through their phones to rent its bikes out to them.

When it expands across the country, Ofo will find itself going up against the likes of ride-hailing giant Ola, as well as self-drive car rental firm Zoomcar, and Yulu, which was launched last November by InMobi co-founder Amit Gupta – all of which are experimenting with small-scale trials of bike-sharing services there.

What remains to be seen is just how these companies tackle the challenges of getting people to opt to bike around Indian cities, as well as ensuring that bicycles are properly handled and safely parked. Chaotic traffic and rampant vehicular pollution are common in many Indian cities, and few of them feature dedicated bike lanes.

Parking bikes – and doing so in an orderly manner without special docks to hold them – could also prove to be difficult, as pavements in a number of Indian cities are either too narrow, taken up by vendors, or in a state of disrepair that won’t allow for dropping off bicycles when you’re done.

In China, Ofo incentivizes users’ good parking habits with points, while deducting from their score if they’re found to be dumping them willy-nilly – and eventually blocking them from the platform if their score drops too low. It also responds to reports from traffic police and local NGOs to take care of bike pile-ups by sending employees out to put things in order. Such measures might be essential in India, and could require additional partnerships with local governments.

Read next: India wants to add features to Aadhaar even before it can fix what's broken