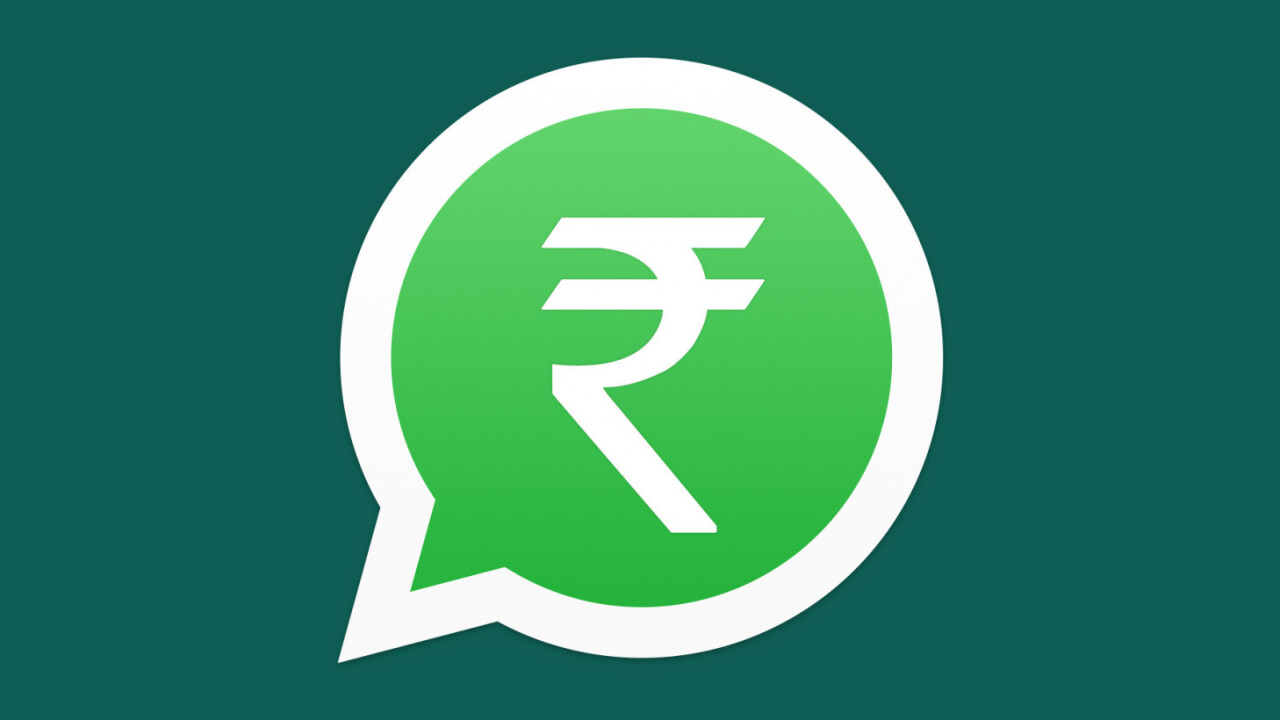 After serving 1 million users for over two years in test mode, WhatsApp Pay is finally launching in India. The company first launched the payment service in the country in 2018, but faced regulatory hurdles in getting approval for a full-fledged launch.

WhatsApp‘s payment system is based on a standard called Unified Payment Interface (UPI), defined by the National Payments Corporation of India (NPCI). The company uses the same methods as other incumbent apps such as Google Pay, Walmart-owned PhonePe, and India‘s Paytm.

Initially, WhatsApp is partnering with five banks in the country to facilitate payments:

We’re delighted to be working with five leading banks in India: ICICI Bank, HDFC Bank, Axis Bank, the State Bank of India, and Jio Payments Bank. People can send money on WhatsApp to anyone using a UPI supported app.

“With UPI, India has created something truly special and is opening up a world of opportunities for micro and small businesses that are the backbone of the Indian economy. India is the first country to do anything like this. I’m glad we were able to support this effort and work together to help achieve a more digital India,” CEO Mark Zuckerberg said in a video statement.

While the payment service is available to everyone, there’s a catch. For now, NPCI is putting a cap of 20 million users for this feature. The reason is to avoid monopoly in the system, given WhatsApp has more than 400 million users in the country. The payment body said that WhatsApp Pay will be allowed to grow in a graded manner, but there are no details on when it’ll issue the next limit.

Last night, NPCI also announced that no third-party app — such as Google Pay or Whatsapp Pay — will be allowed to process more than 30% of monthly transaction volume through UPI. If the body had allowed WhatsApp to roll out payments to all of its 400 million+ users, the company would’ve had a potential advantage in the market.

Currently, Google Pay and PhonePe have a mammoth share in India’s UPI-based payment market. Two companies were responsible for more than 1.6 billion out of 2 billion transactions in October.