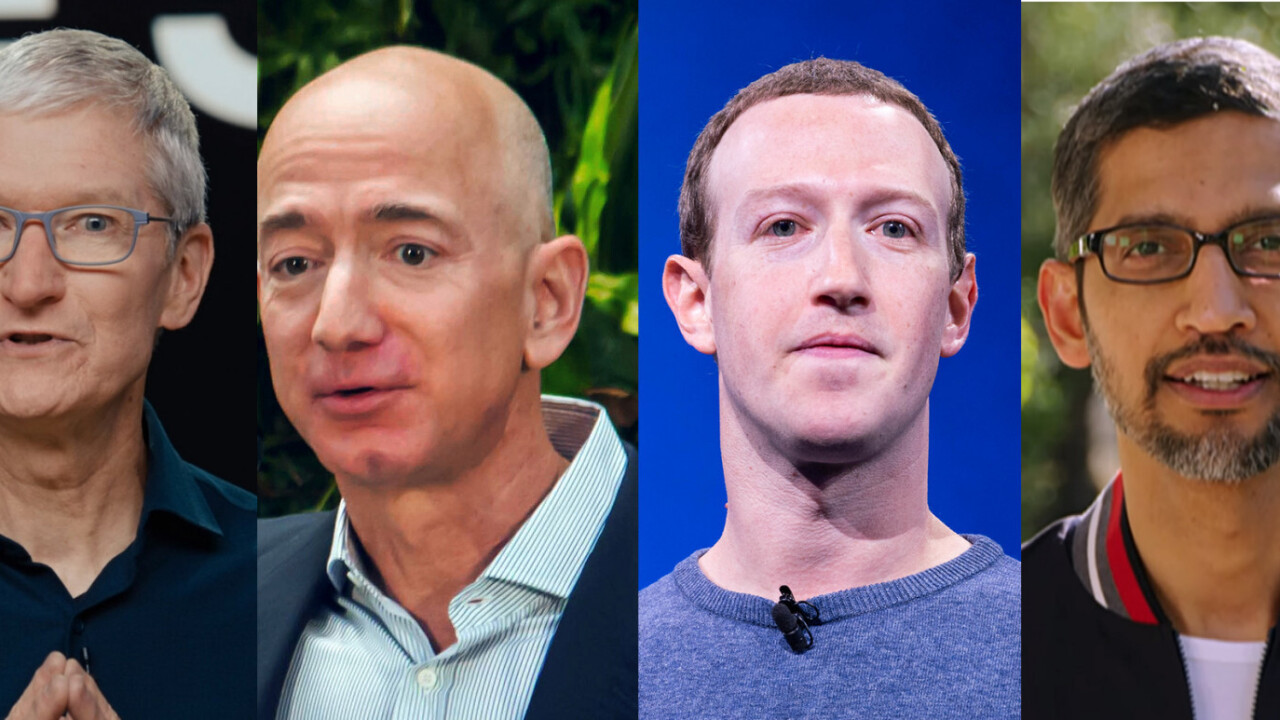 Business Insider’s Aaron Holmes reports that three of the lawmakers tasked with leading an antitrust investigation into the operations of Amazon, Apple, Facebook, and Google own more than $100,000 in stocks of those tech firms — not the best way to run a probe.

In their coverage, Holmes noted that Rep. Jim Sensenbrenner from Wisconsin owns more than $98,000 in stocks in all four companies combined; Rep. Zoe Lofgren of California has between $1,000 and $15,000 of stocks in Facebook, Apple, and Alphabet each, though she’s sold some of those shares recently; Rep. Steve Chabot of Ohio holds between $15,000 and $50,000 of Facebook shares.

To be clear, it’s not illegal for lawmakers to own shares of the companies they’re investigating, but it could certainly lead to a perception of conflict of interest in this case.

[Read: Billionaire Jeff Bezos just broke the record for the most billions added in a single day]

Amazon’s Jeff Bezos, Apple’s Tim Cook, Facebook’s Mark Zuckerberg, and Alphabet’s Sundar Pichai are set to testify before the House Judiciary Antitrust Committee on Monday, July 27. However, Axios noted that this could be postponed until August 3 to allow Washington to mourn the late civil rights leader John Lewis, who died earlier this week.

The investigation is looking to uncover whether these tech giants are unfairly using their massive influence in their respective markets to stifle competition from smaller rivals. They’ve been under the scanner of the United States Justice Department and the House Judiciary Committee since last July, each for different reasons:

The tech world at large will have eyes on this investigation, as the outcome could have major implications for the future of how these companies operate with their partners and rivals.