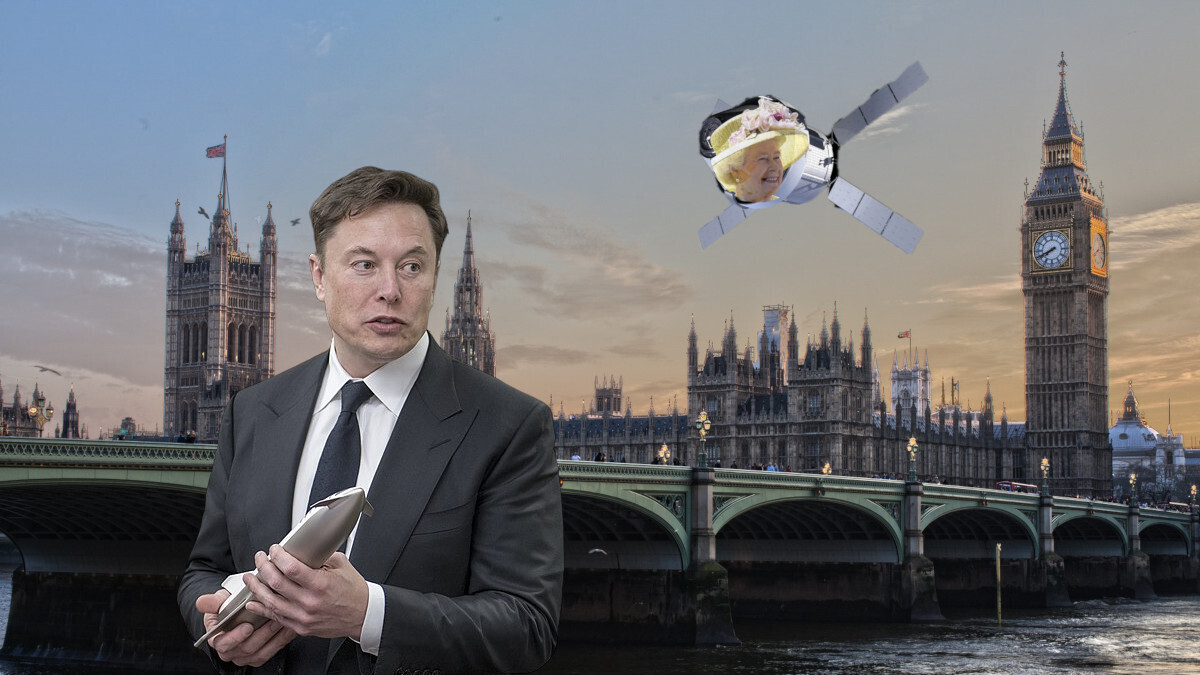 A new challenger has appeared in the internet-from-space race: the UK government, which CNBC reports has committed $500 million to reviving bankrupt satellite startup OneWeb.

The UK government won a 20% stake in OneWeb during an auction in New York on Friday, pending court approval. The bid, reportedly made through a consortium, was worth more than $1 billion in total.

The move sets the UK government squarely against billionaires Elon Musk and Jeff Bezos, both of whom are pouring huge sums of cash into their own broadband-beaming satellite plays, Starlink and Blue Origin.

According to CNBC’s report, UK Business Secretary Alok Sharma confirmed the UK’s ambitions, telling reporters: “Our access to a global fleet of satellites has the potential to connect millions of people worldwide to broadband, many for the first time, and the deal presents the opportunity to further develop our strong advanced manufacturing base right here in the UK.”

OneWeb wanted to help under-connected parts of the world… like the UK?

London-headquartered OneWeb let go most of its staff and filed for Chapter 11 bankruptcy back in March, having failed to raise the reported $2 billion in additional funding required for its commercial launch.

"It is with a very heavy heart that we have been forced to reduce our workforce and enter the Chapter 11 process while the Company’s remaining employees are focused on responsibly managing our nascent constellation and working with the Court and investors.” – @AdrianSteckel (4/4)

While less than the 540 now launched by SpaceX‘s Starlink (but far more than the zero launched by Blue Origin), OneWeb did manage to send 74 of its 650 planned satellites into low-orbit across eight years. It raised $3.4 billion to do so, led by Japan’s floundering tech giant SoftBank.

OneWeb’s primary goal was to give rural and under-connected parts of the world reliable high-speed, low-latency internet using a constellation of low-orbit (LEO) satellites.

For now, the UK hopes OneWeb can help replace the EU’s Galileo sat-nav system, which it’s reportedly banned from using once Brexit finally happens. The manufacturing of OneWeb satellites will also be moved from Florida to the UK following the deal.