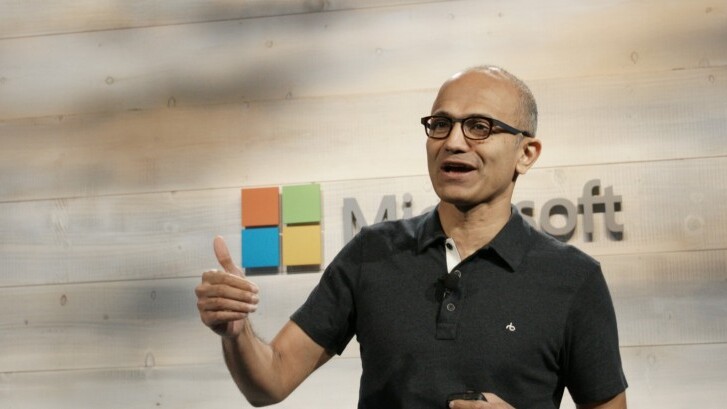 Microsoft might be looking to pump some money in India’s payment sector through a potential investment in the country’s fintech giant Paytm. According to a report from the Economic Times, Paytm is looking to add an extended $100 million to its series-G round worth $1 billion, which was announced last year.

A person familiar with the discussion told ET that talks with Microsoft “began last year when Paytm was in the middle of raising funds. While Microsoft could not participate in the funding then, it is likely to pump in cash now.”

A Paytm spokesperson told TNW, ”We do not comment on market speculations.”

Until now, Microsoft has made only cloud-related deals with major startups in India. In 2017, it announced a strategic partnership with now Walmart-owned ecommerce giant Flipkart to use Azure as an exclusive public could platform.

Last year, India‘s largest carrier Reliance Jio signed a deal with the Seattle-based company to use the Azure cloud platform to develop solutions for large enterprises. Plus, it agreed to use Microsoft’s cognitive language services for its device ecosystem, to provide support for 13 Indic languages.

As TechCrunch noted in a report published last month, mobile payment firms are struggling to make money after raising billions of dollars in funding rounds. Paytm registered a loss of $549 million for the financial year ending March 2019.

However, Microsoft’s interest in India‘s mobile payments market is not misplaced. According to a report published by Assocham-PWC, the country’s digital payments industry will clock $135.2 billion by 2023.