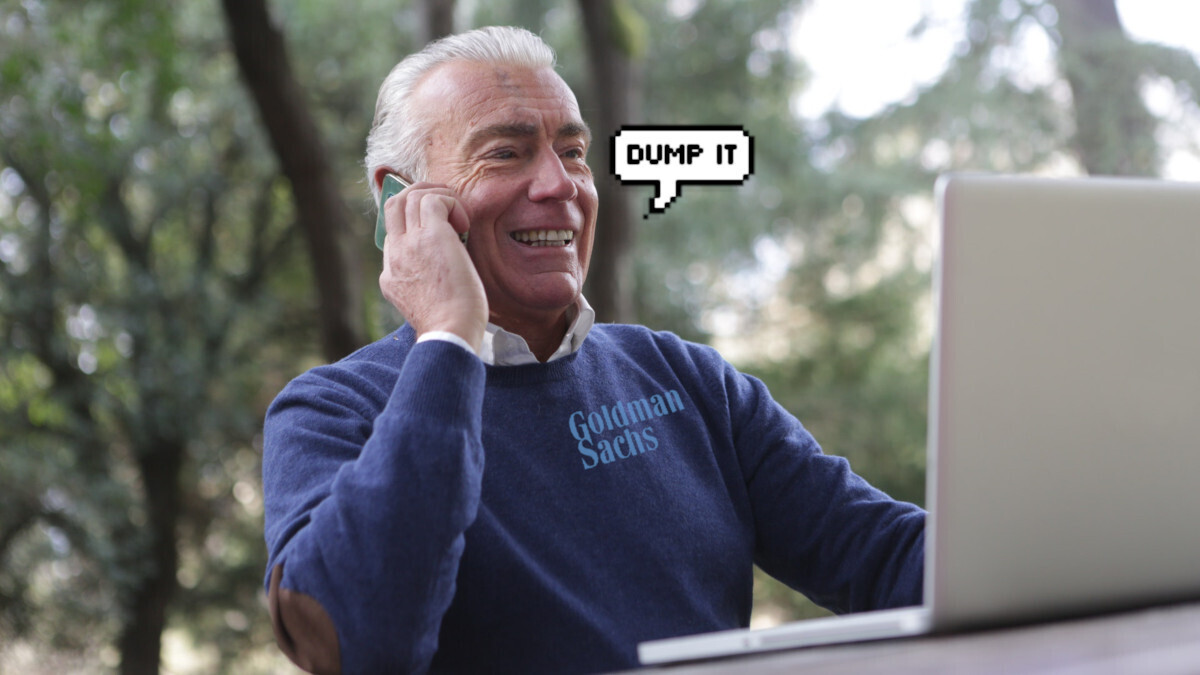 Goldman Sachs says investors should dump their Apple stock before the coronavirus pandemic truly affects its bottom line, as its analysts downgraded the iPhone maker to a “sell” rating on Friday.

The investment bank, which manages some $1.8 trillion in assets, said it expects iPhone shipments to slow by 36% during the third quarter of this year.

Finance portal MarketWatch reported Goldman had revised its target for Apple stock to $233, down from $250, and nearly 20% below current prices.

$AAPL fell slightly at Friday’s market open, down more than 2% at pixel time.

Apple’s shipments will shrink as consumers keep their devices for longer as the threat of recession looms, explained Goldman’s analysts in a note shared by Reuters.

Existing users will also be more inclined to choose less expensive Apple options when they do happen to buy a new smartphone, said the firm.

As for future smartphones: Goldman’s analysts reportedly don’t think Apple will launch anymore iPhones until early November at the soonest, with the firm’s production and engineering processes potentially slowed by restricted global travel.

This article not investment advice, and should be used for educational purposes only. Always do your own research.