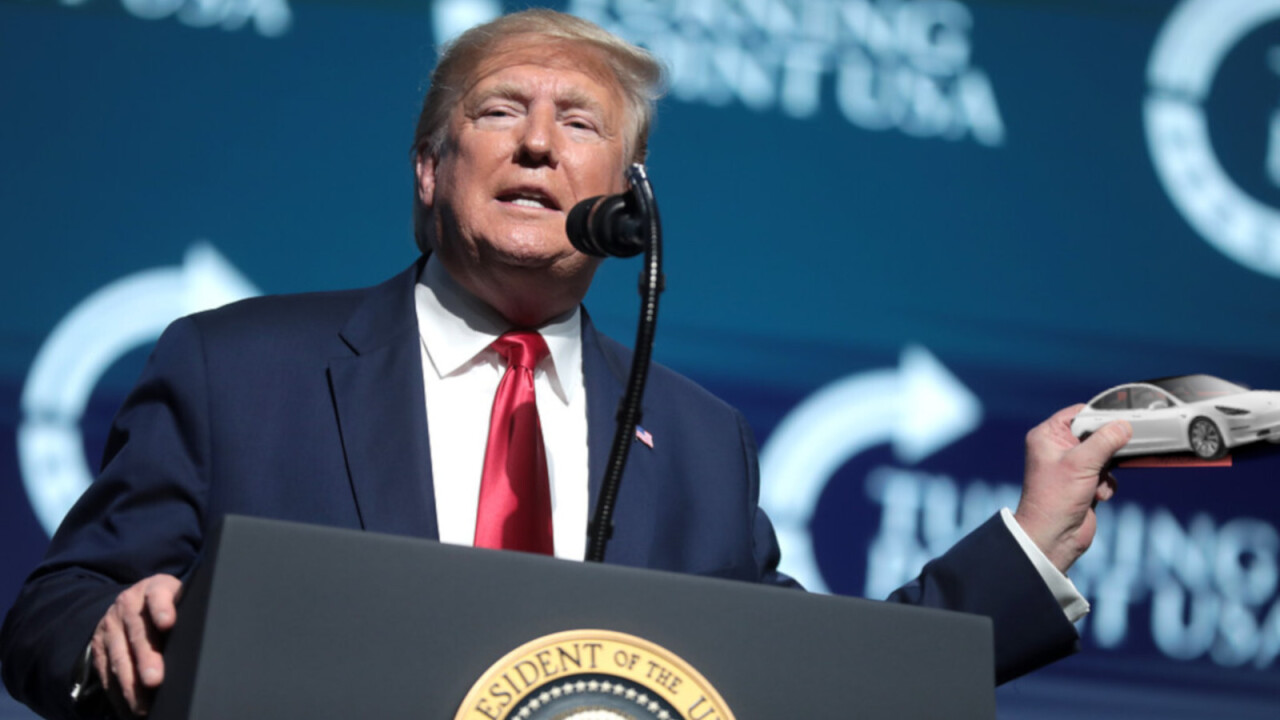 The electric vehicle market looks like it’s going to get a boost in the United States. The Trump administration has just announced that it’s set up a $300 million grant to research clean vehicle technologies.

Mark Menezes, an official from the US Department of Energy announced the grant earlier today at the Washington Auto Show, Washington Examiner reports. The DoE is also partnering with an energy utility research group.

Most of the money, $133 million, will go toward research of electric and battery technologies. Whilst another $100 million will be put towards the Energy Department’s exploration into biofuels — fuels that can be used in conventional gasoline cars but are slightly better for the environment.

The remaining $64 million will reportedly be put towards hydrogen power research.

The partnership with the utility research group will lay the groundwork to explore the demands electric vehicles place on the power grid. Hopefully this means that power grids and charging infrastructure will improve.

“The [memorandum of understanding] will enable us to work together toward a more resilient and reliable grid, even as we ask it to do more to power EVs,” Menezes said.

This could be good news for the electric vehicle industry in the US, and could mark a turning of the tide.

Trump himself has historically mocked EVs whilst other parts of his administration has rejected policies that would incentivize the use and development of green transport.

For example, The White House previously opposed cross party efforts to expand tax breaks for electric vehicles making them a less attractive option than they could be.

Is Trump changing his mind?

Earlier this week, in an interview with CNBC, Trump went on one of his usual diatribes saying he’d “recently” talked to Tesla boss Elon Musk.

He then went on to suggest that Musk was going to build another manufacturing plant in the US. Yeah, we have no idea what he’s on about either.

“He’s going to be building a very big plant in the United States. He has to, because we help him, so he has to help us,” Trump said.

As ever, it’s kind of hard to understand exactly what Trump was alluding to. But it seems like he and his administration are softening to the idea of clean electric transport. Or at least, it sounds like they’re aware of it.

Whatever the case, with the injection of cash from the US government hopefully we’ll see advances in battery and charging tech sooner than we would have otherwise.