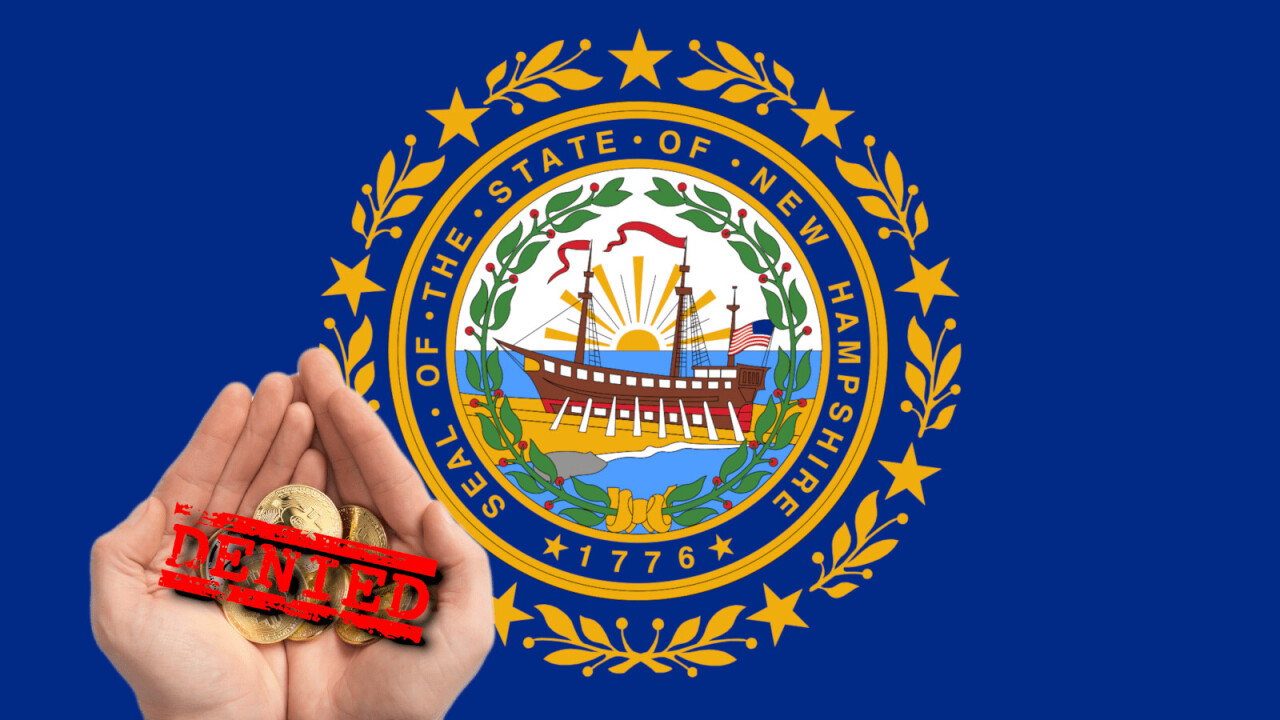 No, New Hampshire residents won’t be able to pay their taxes in Bitcoin BTC or cryptocurrency.

Public records show that a bill filed this time last year, which would allow government agencies to accept digital assets for tax payments, has been shuttered.

Had the plans gone ahead, the US state of New Hampshire would have theoretically been ready to begin accepting tax payments in cryptocurrency after July this year.

Last November, the General Court’s Executive Departments and Administration Committee voted in favor of ending the bill. The decision was further backed with a verbal vote earlier this month, The Block reports.

Legislators in New Hampshire have been trying to get the state to accept cryptocurrency for tax payments since 2015. But the bill has continually come up against resistance from the state’s broader administration.

It seems that the bill‘s creators, representatives Dennis Acton and Michael Yakubovich, were more keen on making New Hampshire the first state to accept crypto for tax payments than actually offering a service that residents are demanding.

Back in August 2018, Hard Fork reported that Ohio became the first US state to accept Bitcoin for taxes. The website OhioCrypto.com was set up to facilitate the 23 different types of tax payment.

However, in October last year, Ohio treasurer Robert Sprague claimed that because OhioCrypto.com was operating as a “financial transaction device,” its backend provider — in this case BitPay — should have been chosen through a competitive tender process.

It should also be noted that fewer than 10 businesses ever used the Ohio system. It’s unlikely that anyone in New Hampshire will be left wanting.