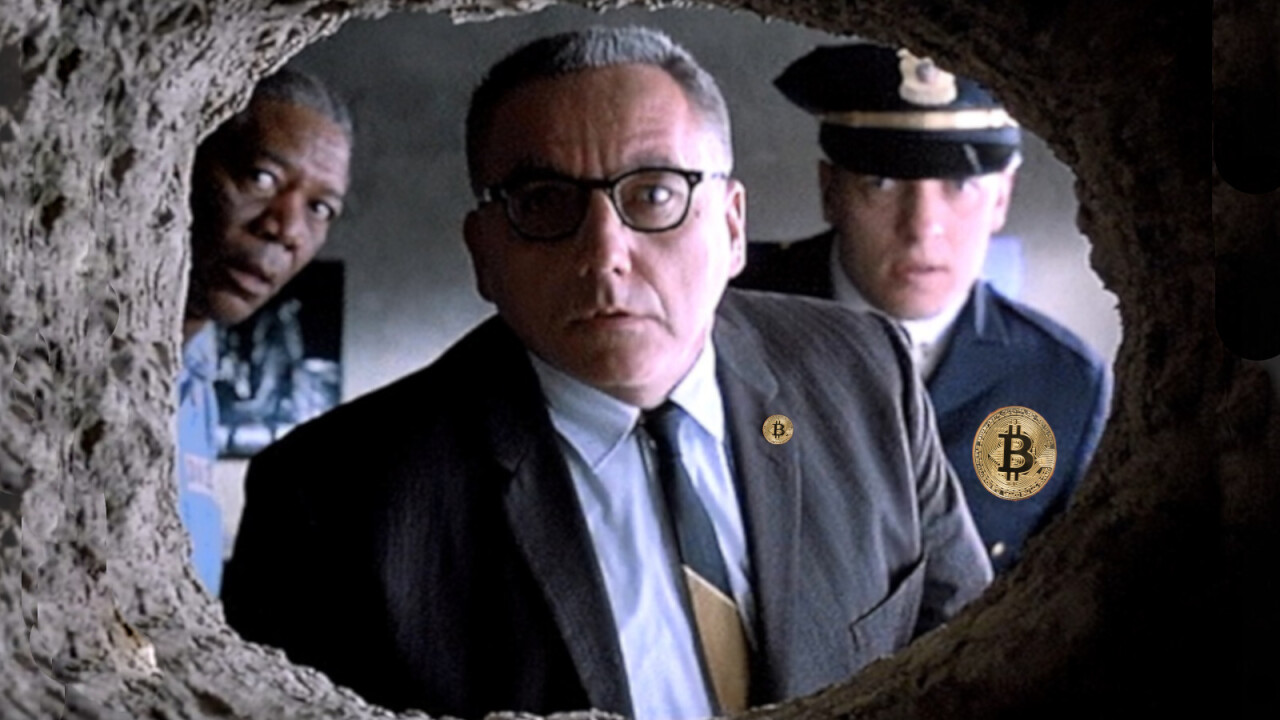 Financial watchdogs formally put dodgy cryptocurrency ‘entrepreneurs‘ on high alert this year, dishing out fines and forcing startups into submission on the regular.

To some, the US Securities and Exchange Commission‘s hard-on for crypto-justice was telegraphed when it deemed Ethereum‘s native cryptocurrency Ether not a security last year.

Simultaneously, the SEC hinted that tokens deployed on the network could very well be classified as such. In the movie business, they call that foreshadowing.

As it turns out, a slew of cryptocurrency startups didn’t get the memo — or if they did — they simply didn’t give a fuck. Here’s a list of blockchain-themed lawsuit highlights for the year. A regulatory dunk reel, if you will.

Company behind EOS settles with the SEC for selling unregistered tokens

In September, Block.one — the firm that built the blockchain-powered cloud computing service EOS — agreed to pay $24 million for violating US securities law with its year-long $4.1 billion ICO.

Many people in the industry felt this particular SEC action was long overdue, especially those who considered it obvious that selling 900 million tokens without any product backing them would eventually attract the attention of US regulators.

The SEC‘s statement even reflected this sentiment. It clearly highlighted its very thorough investigation into autonomous blockchain firm “The DAO,” which established quite clearly how token sales (like the one conducted by Block.one) align with US securities law.

Either Block.one didn’t read it, or (more likely) simply didn’t care. In the end, Block.one neither agreed to or disputed the SEC‘s claims, but still paid $24 million in fines. Definitely not enough, in my opinion.

Almost one year on from the launch of the EOS mainnet (which, again, cost $4.6 billion), not only is EOS still suffering from major, crippling bottlenecks, but block producers have alleged that its actually being run by sock puppets owned by vote-buying cartels.

This case comes by way of the US Department of Justice (DoJ), which says Steven Nerayoff (the guy responsible for the legal architecture of Ethereum ICOs) – as well as one of his buddies – extorted a budding cryptocurrency business for millions of dollars worth of Ether.

In exchange for 22.5 percent of all funds raised, as well as 22.5 percent of the tokens issued, Nerayoff’s company was to help an unnamed cryptocurrency startup launch a successful ICO.

Eventually, Nerayoff is said to have demanded that his share of the profits be increased from 13,000 ETH to 30,000 ETH (worth $8.75 million at the time), threatening to destroy the company if he didn’t get his way. The firm paid, but Nerayoff and his company didn’t give the startup any further assistance.

Nerayoff associate Michael Hlady did pretty much the same thing. After claiming to have worked for the NSA and the CIA, he demanded a $4.45 million Ether loan, or else he’d “destroy the company’s community.”

Both Nerayoff and Hlady were arrested on extortion charges in September, and both face up to 20 years in prison if convicted.

This token founder pumped it by 315% all by himself

The SEC accused Reginald Middleton, a self-described “financial guru,” of misleading investors by touting outsized and fictitious demand for his crappy cryptocurrency VERI.

VERI was sold under the guise that one day it could be used as a utility token for Veritaseum, a platform that was meant to offer products ranging from self-custody escrowing, financial and data analytics, and the tokenization of assets.

Turns out (yet again), none of this ever fucking existed. Middleton still (allegedly) shilled VERI on unsuspecting investors by fraudulently claiming to have a blockchain product ready to generate millions of dollars worth of revenue.

The SEC also said that in one day, Middleton artificially boosted the price of VERI by 315 percent, presumably in a bid to lure even more buyers.

In total, Middleton and his associated companies raised $14.8 million, $8 million of which Middleton allegedly still holds. In August, Hard Fork reported that the SEC had pulled an emergency lawsuit on Middleton to prevent him from accessing those funds.

Telegram’s weird-as-fuck ICO will be scrutinized in 2020

Yep, messaging app Telegram, which boasts over 200 million users, is being sued for allegedly raising a ball-twisting $1.7 billion by selling unregistered securities in the form of crypto tokens.

A US federal judge also ordered Telegram founder and CEO Pavel Durov to be deposed in early January, and its vice president has been urged to testify in London. An employee that was featured on the company’s letters to investors has been requested to to do the same.

The SEC already put a stop to any further sales when it secured an emergency restraining order against the company in October, but the lawsuits are yet to be decided upon. Telegram began selling its tokens at the start of 2018.

Thing is, Telegram‘s token sale was ridiculously strange. The Telegram Open Network is supposedly a blockchain-based platform that would allow users to access payments services, decentralized apps, file storage, and even a browser.

As TechCrunch noted last year, the original TON whitepaper indicated the firm sought to raise $1.2 billion from invite-only private investors and the general public. That target was later extended to $1.7 billion, and presumably after raising enough money, the firm canceled the public token sale altogether.

In turn, a secondary market for TON was born, as early investors looked to offload their tokens to keen buyers locked out of the ICO process. In one instance, tokens bought for $0.37 were reportedly being sold for $1.30 — a 350-percent increase for a token that was supposedly powering a blockchain platform that didn’t yet exist.

I’m sure many onlookers are keen to see how this one plays out. I for one am curious to see just how big (or small) any potential SEC fines may be.

The cryptocurrency mining company that wasn’t, plus more

Bitqyck was an allegedly fake cryptocurrency mining business that sold $13 million worth of tokens to more than 13,000 investors.

Their facility was supposed to generate cryptocurrency using electricity it had secured at below-market rates. The SEC found, however, that Bitqyck had struck no deal at all.

In fact, the entire mining operation didn’t even exist, and the company that sold the tokens was deemed an unregistered securities exchange.

Soon after the SEC made these allegations, its founders promptly agreed to return $13 million raised to 13,000 investors, with interest. They were also fined a collective $10 million in civil penalties.

Fake crypto mining aside, this is really on brand for the SEC, as this year has seen a swathe of other blockchain startups targeted for selling tokens without registering them as securities.

Crummy token peddlers, take note: you could be next.