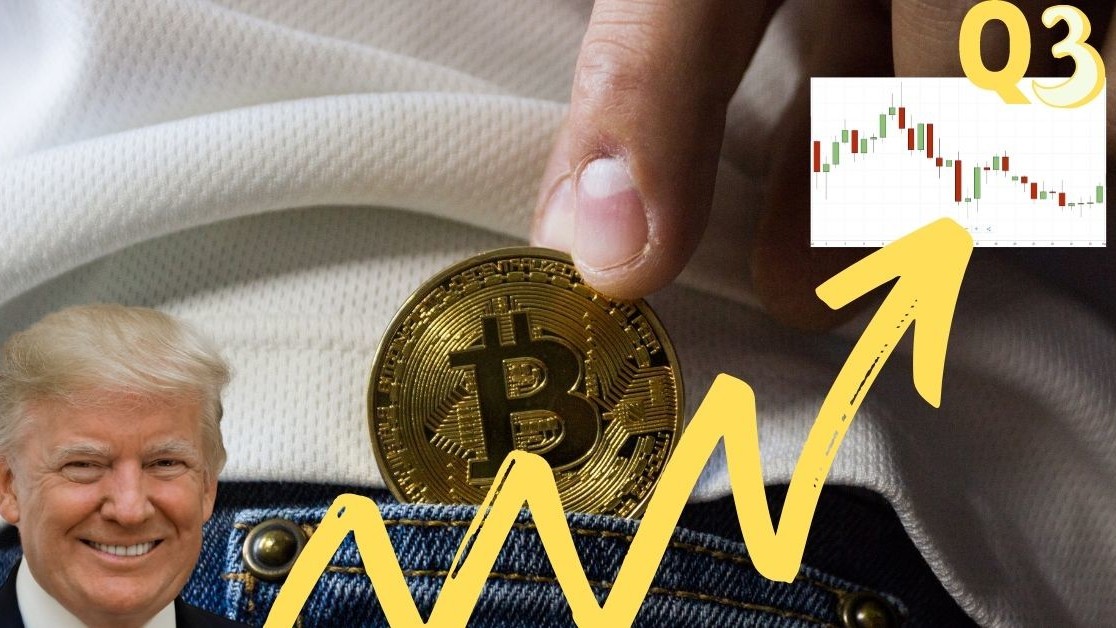 Bitcoin, undoubtedly the world’s most famous cryptocurrency, has continuously made headlines throughout the year.

Despite noticeable fluctuations in price, the cryptocurrency maintained relative health, with its market capitalization vastly surpassing $148 billion at the writing of writing.

We’ve taken a closer look at the digital currency‘s performance, focusing specifically on its price movements during Q3 2019.

But, first, let’s briefly recap Bitcoin‘s performance during the first six months of the year.

Although notorious for its volatility, Bitcoin was relatively stable during Q1 2019.

It started the year at $3,717 and a brief 9 percent increase in its trading price saw it surpass the $4,000 barrier during the first week of January.

It goes without saying that price rallies are not uncommon at the start of a new year, but it’s worth noting that this particularly increase wasn’t anything special by Bitcoin’s standards.

The cryptocurrency’s upward movement was short-lived, though. Within a month, Bitcoin’s trading values dropped to a low of $3,358 on February 7.

From then on, the digital currency demonstrated some relative stability. It experienced one notable drop at the end of February where its trading price fell 8 percent from $4,106 – its highest price this quarter – to $3,784 over a 24-hour period.

By March, BTC had nearly equaled its quarter high and closed trading at $4,092, representing a modest 10 percent growth for the quarter.

Moving on, the second quarter of 2019 proved to be much more fruitful for investors and hodlers.

Bitcoin began the quarter on April 1 at $4,125, and it certainly didn’t spend any time joking around as this marked the start of a three-month-long rally.

Over Q2, Bitcoin set numerous records for reaching prices that haven’t been seen over the past 12 months.

In August 2018, Bitcoin‘s price hovered around $7,000-$8,000, meaning traders had to spend several thousand dollars more to purchase the same amount of the cryptocurrency in August this year.

On July 12, US President Donald Trump, known for his complicated relationship with technology and his incessant need to share his ill-advised thoughts with the world, admitted he wasn’t a fan of cryptocurrency. Trump said cryptocurrencies were not money and took issue with their highly volatile value “based on thin air,” as well as their potential to facilitate criminal activity.

Then, on August 1, we all woke up to the news that more than 85 percent of  Bitcoin’s total supply had been mined.

On August 12, New Zealand‘s tax authorities deemed it legal for companies to pay its employees in Bitcoin and other cryptocurrencies. Companies will also be able to deduct income taxes using current PAYE (pay as you earn) frameworks under the Income Tax Act 2007.

A cryptocurrency whale made headlines after moving a groin-thumping Bitcoin fortune worth $468.5 million on July 29.

In late September, a report suggested that Venezuela‘s central bank may have Ethereum and Bitcoin but had little idea what to do with them.

Also in September, UK police raised £300,000 ($369,000) through the auction of criminally-seized Bitcoin and other cryptocurrencies, achieving over market value.

While it’s impossible to predict Bitcoin‘s future price movements, its performance over the month of October has seen relatively little volatility, with its value so far staying within $8,000-$7,000.

However, I hope we don’t see a repeat of last year’s Q4 slump when Bitcoin was struggling to move beyond $4,000 during the months of November and December.