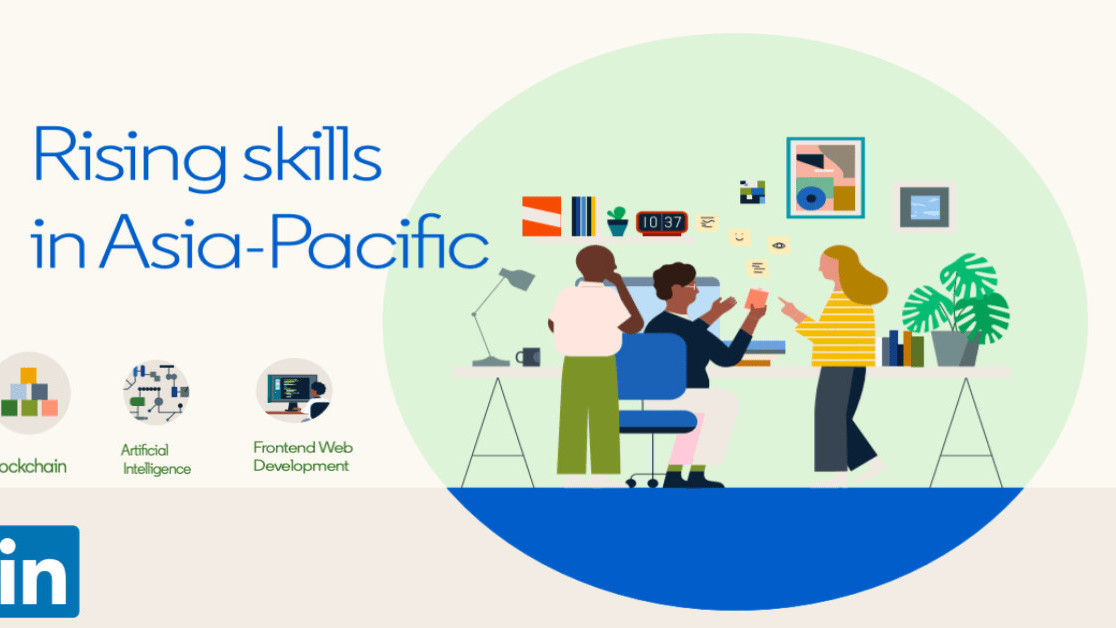 Blockchain is one of the fastest growing skills among workers in the Asia Pacific (APAC) region, according to a LinkedIn report published Wednesday.

LinkedIn analyzed the skills listed by its members from the APAC region over the last five years to identify the top 10 rising skills.

The report found blockchain to be the fastest growing skill in Singapore and among the top three in China, Japan, Taiwan, South Korea, Hong Kong, and Vietnam.

According to LinkedIn, blockchain as a skill is mostly utilized for setting up and managing distributed and decentralized public ledgers. The workers with these skills often fill the roles of blockchain developers, chief technology officers (CTO), and consultants.

The demand for workers with these skills is three times that of the overall talent base on LinkedIn. If the report is to believed, the demand for these skills — which are still in their “nascent stages”— will only increase further with wide-scale adoption of their associated technologies in the future.

The report’s findings don’t exactly come as a surprise. Blockchain technology has seen an increased interest in Asia ever since its disassociation with cryptocurrencies, its first and most prominent use-case.

Governments themselves were keen to curb virtual currencies, but expressed intent to utilize blockchain technology in other sectors, a likely contributing factor.

Even within the financial sector, mainstream institutions have found blockchain to be useful in improving their existing services. According to a survey conducted by IT services provider Cognizant in 2017, up to 88 percent of financial businesses in Asia Pacific believed blockchain to be important to the industry’s future.

A report by research firm Global Market Insights in 2018 estimated blockchain-based industry in Asia Pacific to be worth about $16 billion by 2024, with healthcare market contributing at least $1.4 billion.

Even in countries like India, where blockchain didn’t feature among the top three rising skills in the LinkedIn report, the growth has been remarkable. A 2018 report by employment agency Indeed showed that in the latter half of 2017, the number of cryptocurrency and blockchain-related jobs in posted on its website in India rose by 290 percent. With the country now set to get its first blockchain district, a further rise can be expected.

If you are a techie in Asia Pacific, blockchain seems like a good skill to bet on for the near future.

Those interested can view the full LinkedIn report here.