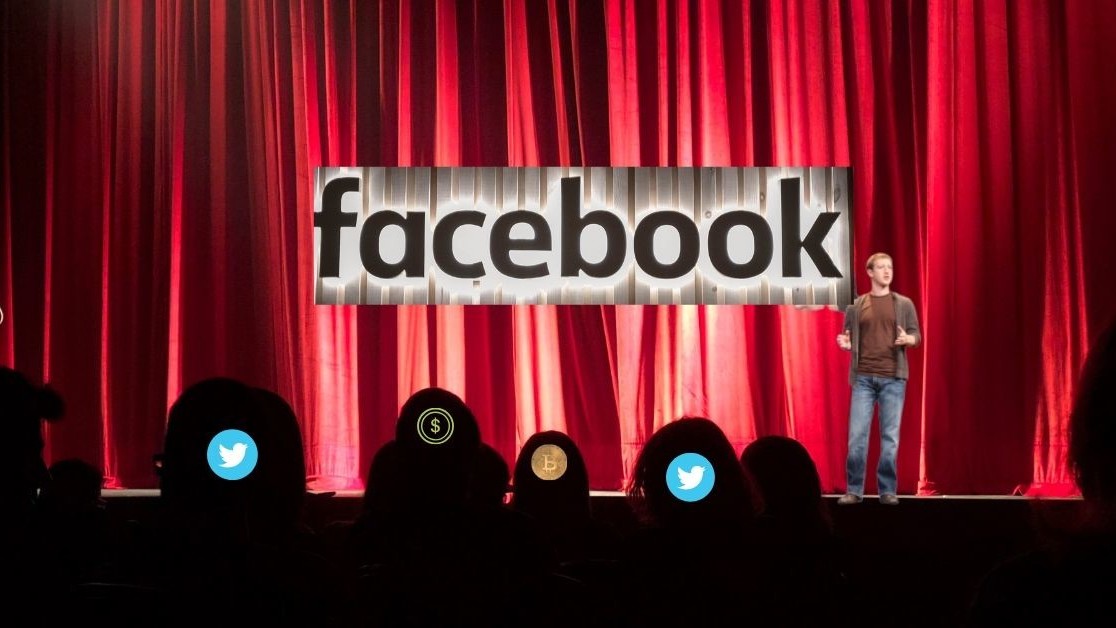 Following months of speculation, Facebook finally confirmed the release of Libra next year.

The tech giant also unveiled details about Calibra, its corresponding custodial digital wallet, but failed to provide specifics about its launch plans.

Given the buildup to the announcement, it didn’t take long for Twitter to go into meltdown, with many commentators rushing to share their views with the world. Some good, other less so.

I think it’s safe to say Facebook‘s Libra is massive tech companies giving the finger to government authority and power, claiming it for themselves and themselves only.

Seemingly unimpressed, Todd then focused on the coin’s technical aspect.

First sentence of the abstract: “The Libra Blockchain is a decentralized, programmable database designed to support a low-volatility cryptocurrency that will have the ability to serve as an efficient medium of exchange for billions of people around the world.”

6. Facebook tells users that “the value of a cryptocurrency depends on the type of blockchain it is built on”, which imo is a very silly statement to make. I expect that the marketing department is going to have a hard time explaining the “crypto” part to users pic.twitter.com/SSnMEjURO0

But it wasn’t all doom and gloom.

Binance’s CEO highlighted Facebook‘s prowess in terms of consumer data, but given the platform’s recent woes, I’m not sure this is something users (or regulators!) should be complacent about.

Facebook Libra coin don’t need KYC. They have so much more data on the 2 billion people. Not just name, id, address, phone number. They know your family, friends, real-time/historic location, what you like… They know you more than yourself. And now your wallet too. Best AML!

Others focused on the potential positive impact on the wider cryptocurrency community – but missed the point entirely: Libra is NOT a cryptocurrency, at least when to compared to something like Bitcoin.

Facebook is going to be the biggest crypto onramp and LIBRA the most used cryptocurrency for a while.

Sending/receiving crypto is going to be mainstream. That’s for sure now. 🚀

While Facebook’s Libra doesn’t compete against any open, public, permissionless, borderless, neutral, censorship-resistant blockchains, it *will* compete against both retail banks and central banks. This is going to be fun to watch.

But, if like me, you’re wondering about Libra’s implications on the future of payments: stop it because Joshua Davis has it all figured out.

Nobody is talking about what the Facebook Libra coin really means.

It means your parents and grandparents are going to be asking you for help setting up their wallets. pic.twitter.com/yOPrPWBmCS

I could have written a really long article about why I think Libra is unnecessary or produced a deep dive on why it fundamentally represents Facebook’s quest to become a ubiquitous platform in our lives.

But why bother when Twitter does it oh so well.

The fact of the matter is that Libra is coming, so my only advice is: spend it wisely.

Me in 2020 checking my #Libra account after a night out. pic.twitter.com/oV2NrmWFuA